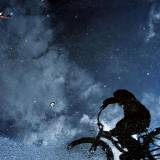 I'm curious to see how Blizzard will price all three games and that will ultimately be the deciding factor for me. If the first is $30 and the remain two games are $10-15 then it's buy for me. If they cost anymore than that I won't be going anywhere near them, no matter how great they might be. Either way Blizzard is setting a bad precedent with this move, and it might be emulated by other developers which in the end hurts all gamers.

After the greatness that was Tony Hawk's Pro Skater 3 (given a perfect score on Gamespot) things took a turn for the worse with almost the endless barrage of  mediocre carbon copyTony Hawk games, with each have varying degrees of crapiness.  This game franchise needs to be put to sleep, if only out of pity.

So it's almost been 3 months since GTA IV was released with much fanfare from the gaming community.  Critics were quoted as saying that it was the best game  in over a decade, even eclipsing the highly revered Legend of Zelda: Ocarina of Time. High praise indeed.

And I, like the majority of gamers bought into the hype.  I remember watching preview video upon preview video, and reading every morsel of information I could get my hands on, and salivating all over my keyboard. This was it! Gaming history in the making. This was all solidified when the top two gaming sites on the Net: IGN and Gamespot gave the game a perfect 10. Something they hadn't done since OOT. A rare event that caught the attention of every living and breathing gamer with access to an Xbox 360 or PS3.

So there I was on release date, I had stayed up half the night watching Gamespot's marathon video coverage of the game, and I was determined to get my hand's on a copy at any cost. Although I was essentially broke, I decided to completely max out my credit card. This was the event of a lifetime, how could I not? The first Futureshop I visited, they were soldout. So I hopped on a bus and headed for another, thinking that I was never going to give up until I had a copy in my hands. The Gods must have smiled down on that day because I found a copy at the other store and waited in the long line with my fellow gamers. I hurried home, and hastily turned on my Xbox and entered the disc. At first I was completely blown away.  The sheer size of the city and wide assortment of places and things to visit and interact with truly seemed like a next generation game. It took me 40 hours to complete the game (which I admit was enjoyable) and in that time I must have killed 500 people while playing all the mini-games, going to all the shows, getting a lap dance from multiple strippers, and having sex with Michelle, who was the very definition of easy. But in the end I had $500k and nothing to buy except for weapons or clothes.  The missions were all done, and I asked myself what the single player game had left to offer? I could go on more car races, but in all honestly the driving dynamics of the game are a bit wonky. Or I could kill 200 pigeons, but I really fail to see the fun in that. Besides, what's so wrong about pigeons that I need to wantonly kill them. To me, the game itself lacked the underlying humour of previous GTA games. It was if Rockstar had set out to make a realistic GTA and at the same time take away all the fun aspects of previous games.

But not all was lost I thought to myself, there was the online game, which for some reason lacked a dashboard of any kind. Which too me it seemed that Rockstar had implemented online play as an afterthought. Sure some of the game modes were fun, but they eventually got rather boring. One can only take so many 12 years old swearing and making racist comments on Xbox Live to move on quickly.

So as of today, my copy of GTA IV is collecting dust on my desk. Soon, I'll probably be selling it on Ebay so that I can buy another game.  For me, this game has given me gamers remorse, that maybe I shouldn't bought into the hype. A good lesson to learn I guess.

Hey everyone, I'm really enjoying the new website and I thought as my first blog post that I'd consider a feature of SNL that I've enjoyed for sometime, the Digital Shorts!

Description: In the very first episode of the aptly named Laser Cats! Finds SNL regulars Hader and Samberg making a pitch fo SNL executive producer Lorne Micheals on amazing new concept for a low-budget Digital Short - Laser Cats! With layers upon layers of cheese the skit features the fallout of a nuclear war where cats can incredibly shoots lasers from their mouths and thus be used as weapons. It features Hader and Samberg playing the heroes Nitro and Admiral Spacespace rescuing the unsuspecting princess, starred by Lindsay Lohan.

Grandkids in the Movies

Description: Is a parody of public service announcements for the United Way that features all-star football player Peyton Manning taking time out his busy schedule to mentor sick kids, but in the end harms them physically and mentally with various verbal abuses.
2.

Dick in a Box

Description: Perhaps one of the funniest songs ever written it features Justin Timberlake and Samberg giving their lovers played by regulars Kristen Wiig and Maya Rudolph a box with their penis' inside as a Christmas present. The song itself is a parody of early 90s R&B sex ballads from such artists as R. Kelly and Color Me Badd. Incredibly the song won a Creative Arts Primetime Emmy for Outstanding Music and Lyrics in 2007.

Description: This video can be watched repeatedly and it never gets old. The lyrics are absolutely inspired and incredibly funny. One of the funniest raps songs every conceived bar none. A song that includes references to The Chronicles of Narnia, cupcakes, Mr. Pibb, Red Vines, and Matthew among others is automatically awesome.

So there you go, hope you enjoyed the list, and feel free to make comments!