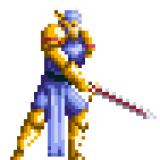 The "drama" surrounding Too Human is completely unwarranted.

Alright, maybe not completely, but there's so little to actually bitch and whine about that it astounds me how much negative hype the game is getting. I wonder if this came out without the whole development cycle shenanigans if it would have been approached a different way by the press. I don't know if critics went in expecting it to suck, but the amount of hatred toward the game is definitely a bit much.

The game's got some issues, for sure, most notably in that the amount of actual action play time is insignificant in comparison to the painful amount of walking and watching you'll endure. Cyberspace seems almost worthless, but it doesn't ever detract from the overall amount of fun you're having with the combat.

The combat might be a bit too simple for most folks' liking, but I think it's intuitive and the first time that the right stick has ever worked for that in a game. Mark of Kri did an alright job, but this refines it to make it fast, fluid and fun. The amount of drops is sickening and overwhelming, but for fans of the genre, that's all you need.

Blogs Created:
3 blogs
Most Commented blog:
So I can blog...
Total Comments on blogs:
3 comments