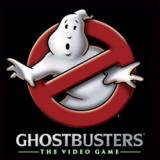 Bionic Commando and it's swinging

Now this  doesn't just apply to just Bionic Commando but other games as well. Though for some reason I've been playing the game for a while and I still don't feel 100 percent confident in my ability to swing. I've gotten far enough in the game, but something about the swinging mechanic doesn't feel right to me yet I'm always either letting go too early or too late. Yet at times I do perfectly, it's very hit or miss, quite literally I might add. I very much enjoy the gameplay and the game itself is wonderful, but personally I just suck at swinging. I'm sure I'll get better but I feel like the game should give some kind of practice areana or pace better to get the player to feel powerful with the swinging.

This isn't the only game this happens in there have been other games where the main machanic is innovative or new and I just can't get it right. Such as Halo 3 and it's pickups. I always used them inncorectly because I would go to reload and hit the X button like I have for the 5 five years before in the previous Halos and for the developers to just change that really messed up my shit. I still fuck up in that game to this day.

Anyway I really enjoy Bionic Comando and will go play it right after writng this. Though I was just seeing if anybody else had the same problem in this game or others for that matter.