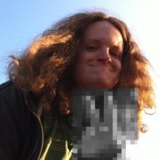 The problem with the new things

As people who obviously like technology, the games-playing public are at a disadvantage. They will instinctively gravitate to a new device regardless of its merits or otherwise. This is, generally, all right. These are the people who blaze trails; create ‘memes’; own the newest, shit, iteration of a phone; or are guinea pigs when a game needs to raise funds and QA at the same time. In essence, these people are both pioneers and, quite often, mindless idiots.

I’m not having unfounded beef here, though; don’t you worry. In the year of our Lord two thousand and seven I was witness to Motorstorm. It instantly changed my opinion to the - then - new consoles. I rushed out and purchased a Playstation 3 (Three) almost - but not quite - the same day. After that I was FUCKING disappointed. And significantly poorer.

I didn’t even buy Motorstorm because I heard from the very same friend that it was lacking in content. I played Call of Duty III, Resistance and Fight Night instead. Looking back they were all enjoyable experiences, but what really stands out is that they were all things I’d played before, but with better visuals and presentation. I'd been robbed through a doctrine.

Video games don’t get better the more beautiful they look, nor do they improve with their mechanical trivialities. New consoles obfuscate the discussion we need to have about video game development. As we currently exist, more care needs to be taken about rabid industry fandom; lest it degenerates into a self-flagellating mess.

Most video games - populous, contemporary ones, at least - perpetuate the notion that bigger is better. Our new console brothers are contributing to the notion of bigger/faster/better. Where does that leave art or storytelling? Technology alone cannot inspire greatness: it can only assist in its rise.

Video games are shit: prove me wrong; (give me another Flower).

Blogs Created:
41 blogs
Most Commented blog:
I locked my girlfriend in the cellar until she watched Doctor Who. She’s out now & I think we’ll live happily ever after
Total Comments on blogs:
419 comments