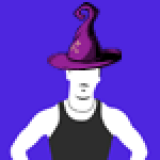 @tbk: Cool, thanks. I always did like building hyper specific builds. But having been away so long means I've missed out on a bunch of cool mods. So... back to farming, I guess.

And no, I can probably not berserk, doubt I even have berserk ;)

Started putzing around with it again a bit last night. I like the idea of the Junctions, though it's a bit annoying to need to need to unlock things manually (again)... but it's fine. Was glad to see that I was finally able to finish 'Natah' (the quest had gotten stuck on the completion step).

Bit torn on the fissures - only did one (1 symbol difficulty, T1 equivalent?), but seemed like they've simplified the complexity of the void into using the excavation mechanics. I kind of miss the void enemies and the variation of those missions (but I guess doing a high-level defense mission and activating a fissure in the middle of that is going to be interesting?), but... I think this is probably better for the state of the game. Relics kind of made sense to me, but... as you say, that's because I realized they were just tower keys repurposed.

I do like the new map - I always did think the "old" map made more sense (I also hated the orbital, circular sector map previously) in guiding players to the next mission they should play, and adding junctions (assuming there are no chicken and egg situations, as mentioned...) makes a lot of sense to more naturally expand the game for new players.

But it's nice to see that the game is still evolving :) FWIW: I don't think it's necessary to have all weapons anymore - though I am a bit worried about the balance state, seems unlikely that it's possible to balance this many weapons. But I guess this it's their primary revenue stream.

By the way, what are people using to share builds these days? Looking for some cookie cutter builds to get back into the swing of things. Still Warframe Builder? Seems to be getting more malware infested every time I visit :P

@sad_aust:It's a commonly overlooked detail, but, it's worth mentioning that:

Big Boss' "The Boss Scar" is a fake - and is removed by the end of Peace Walker. It's actually a jigsaw chain that he's hiding in his chest, which he uses to escape prison in Peace Walker. A lot of people seem to miss that, for some reason?

@zedprime: FWIW, in Peacewalker: The Boss' horse is critically injured and Snake euthanizes it.

D-Horse is, as sure as you can be about anything in Metal Gear, a different horse :)

And then there's the Whale.

@finalform: Actually, the "snake shaped scar" (Peacewalker spoiler) is actually a saw that he's hid in his body. After he uses it to escape the torture scene in PW, he no longer has the scar, as far as I can remember. Random let's play of the situation: https://www.youtube.com/watch?v=9FMNj8QJ7GU the codec at the end (09:40 and on) mentions that the scar is gone at the end, as well.

There's another way to get out of that part (the ID card, afaicr), so a lot of people probably don't know this.

In short: he doesn't have it by the end of Peacewalker.

@toastburner_b: As far as I know, @rapid has opened a ticket with DE-support, but not received a response yet.

We're all a bit puzzled as to what actually happened...

Yeah, I kept telling myself "don't use melee, don't use melee... oh fuck it." every time a roller showed up and practically stunlocked me. Though, really, avoiding running into corners would probably make my life easier against them.

On the bright side, we should be thankful they increased the size of rollers by 4x or so! They used to be really painful!

It's funny, though - after "years" of playing with Bombards, it wasn't until I started messing around with Corrupted Bombards that I started trying to "figure them out". I feel like I'm getting there, but still have some way to go (also, tight corridors aren't great for fighting Bombards (re:video)) - it can be quite fun to dodge their missiles.

And, of course, you can pretty much reverse-stunlock Bombards, Napalms and Heavy Gunners by continually triggering them to do their knockdown effect.. err, and I should've showed off jump kicking vs bombards. :)

@dudeglove: I've been testing shooting down missiles in my experiments. No luck so far - so I'm pretty sure you can't, but I won't write it off entirely.

But yeah, security panels get more complicated. They eventually fill out the entire field for both Grineer and Corpus. And Grineer ones change directions every time you "stop" it - and speeds up for every sector you "lock" down. I'm horrible at it :P

@dudeglove: So, I wound up recording a Grineer Asteroid tileset video - not super happy with it (embaressing movement shenanigans, missing some of the tiles you were referring to), but it does show off some interesting things:

Overall, I'm using a similar loadout (Rank 15 Banshee, Rank 16 Braton) to slightly lower-leveled Grineer (21-23) than the Corpus - though Uranus is the highest level Grineer Asteroid tileset area. I did replace the rank 0 cold damage mod I used in the last video for a rank 0 toxin damage mod.

Again, I try to avoid using my Dual Zoren (except a few situations where I feel a bit pressed for space) and Synoid Gammacor (when I run out of Braton ammo) too much, as they quite trivialize this level of content.

I may do another to show off some more shortcuts/secrets, maybe get some other tiles. We'll see.

@dudeglove: Yeah, you are the point where the game really opens up - from here, the game is your oyster, and other platitudes. ;)

But really, if you haven't started working on a pair of factions (basically, pick your primary faction - that automatically gives you an "allied" faction to also level), that should be your top prio on chosing what to do next - as each faction tier requires you to "sacrifice" (pay) something to proceed. This will naturally force you into the void eventually as sacrifices mainly require prime components.

If you've already started working on factions, then just find a nice mix of missions that you like - eventually finish all planet missions, to make sure that you have access to all alerts. Do some endless missions to build up void keys, and then start doing void missions whenever available - joining alliance/clan groups (some of us have insane amounts of keys stockpiled (~90 T4 survival keys here ^^))

And keep feeding your Mastery Rank :)

... and then eventually, you'll find yourself running solo missions against level ~30 enemies with rank 15 banshee/braton. Because Reasons. :)

(And yeah, if 'PUG'/'PUB'-ing, make sure you are strong enough to carry the group if you want to get anywhere. Or get a Clan/Alliance group. Can probably find a group in one of the other public chats with people who will try to stay for longer... but, not something I've put any effort into)