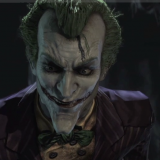 For me, I have two possible characters who might be the Beast: Alex Mercer in Prototype and Evil Cole in inFamous. Well, the former is that he can cause damage without a karma meter, and the latter as shown for the ending of inFamous.

Well, it's fun to beat bosses in video games. However, there are some bosses of games that appear to be completely evil and irredeemable. Because of that, the ending those kinds of bosses have is death or a fate worse than that.

They are called to Complete Monsters. These type of villains does truly horrendous acts, make the characters, especially the heroes, hate him/her, no excuse for those acts, no remorse, and importantly, the only happy ending for those types of villains is that they die or having a fate worse than death.


Name: Carter Blake
Game: Heavy Rain
Atrocities: Insulting Norman while presenting his profiling of the Origami Killer, trying to pressure Nathaniel, beating Ethan's psychiatrist, beating Ethan up, puts Norman at gunpoint when he tries to stop him, ordering Ethan's death, and trying to get Madison out of the way.
Endings: Not included in the news report, fired for killing Ethan, and haunted by an illusion of Norman even without the ARI.

Name: Dimitri Rascalov
Game: Grand Theft Auto IV
Atrocities: Betraying Mikhail and orders his death, betrays Niko once that is done, burning down Roman's apartment and taxi depot, kidnapped Roman in order to get Niko killed, extort Bryce Dawkins to help control construction unions, blackmail Bernie Crane with his knowledge of being gay, trying to get Niko and Phil killed, kills Roman, and betrays Jimmy Pegorino and kills him.
Endings: Killed by Niko in A Revenger's Tragedy (Deal) and A Dish Served Cold (Revenge)

So, have cheers for the bosses!
Start the Conversation