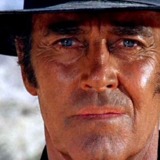 So it's pasta day here so I thought I share with you my meatball and tomato sauce recipe. Pretty easy to make. Remember, the secret to good italian food is fresh ingredients. Avoid using dried spices whenever you can.

How to Peel Tomatoes

To peel a tomato, first use your paring knife to cut out the stem. Then slice a shallow X in the bottom (blossom) end. Using a slotted spoon, plunge the tomato into boiling water for a few seconds, then plunge it into a bowl of iced water. This will stop the tomato from cooking and further loosen the skin.

*Veal is pretty darn expensive so if you want to sub it with 1/4 pound ground Turkey or just want to go with 1/2 of ground pork then that's fine. Goin full on beef meat is also good.

Hello fellow giant bombers. I recently had a very odd experience followed by a very scary realization that I wanted to share with everyone. Please excuse my bad grammer.

A few months ago I got an itch to replay a very favorite game series of mine Legacy of Kain. I thought tomyself "this could be a fun marathon. Start off with Blood Omen and go through each game in the series ending with Legacy of Kain: Defiance. So with that in mind I dusted off my old Phat PS2 and started going through my old game collection. To my complete amazement I couldn't find any of the games so I went to the garage where the boxes are but the only game I could find in that series was Blood Omen 2 my least favorite game in the series and it was the Xbox version. "Shit" I said in my head thinking now I have to find my old Xbox, only to realize that i didn't say it in my head but was a very loud, very audible claim. Then I realized that my 6 year old daughter was standing right behind me with a very distinct 'GASP!" look on her face. To my complete horror she immediately continued to run inside to her mom while yelling "MOMMY! Daddy said shi...Daddy said that bad word I am not supposed to say anymore because last time I said it you took my DS for a whole week" the little shithead totally rat on me. Oh well, I wouldn't expect any less from my daughter. Anyways back on subject. With the game in hand I went a head, found my old xbox still in it's box with a controller, connected it to my TV, fired it up and put the disc in.

Now I have a very vivid memory from that game in which Kain was running on a wall battlements and needing to jump into a into a wobbling window. I replayed throughout the whole game lamenting my lost games and getting pissed at the outdated combat system, and to my surprise I did not get to the part I mentioned before. I started wondering "If it's not from this game, where the hell is it from? Is it from one of the other games in the series? I wrecked my brain wondering where it's from and I couldn't remember where it was from for the life of me, so neutrally I went to my nearest gamestop shop and lucky me they had every game in the series in the store and for dirt cheap. So I went a head replayed every game in the series but alas trace of that part.

Well, a few days ago I was doing some "spring cleaning" my wife suggested I should do, though in reality she meant "I want you to go through and get rid of some of your old shit", anyone here who's married more then 3 years knows that there's always an underlining meaning in what they say. Anyways, while going through my old CD collection and I found a copy of American McGee Alice still in it's cd case. The case was all dirty and broken but to my joy the cd wasn't damaged or scratched...much. I thought to myself "I should play it for nostalgia" as I remember having fond memories when I played it back in 2000.

So with that in mind I finished my cleaning, got rid of some crap to make my wife happy and went a head to play my game. I fired up bootcamp, put the cd in, and a few clicks later I was on my way to play a game I remember liking. I kept playing it until I reached the point where to my surprise I was running along the battlements of a wall trying to jump into a wobbling house window. I paused the game. I thought to myself "How can this be? Why is the memory of one game ended up on another?". I thought and I thought and eventually I reached this conclusion. There's a psychotic game editor running unchecked in my head splicing my game memories. I wonder which other ones he also took his diabolic chemical cutting machine on.

Have you ever mixed the memory of one game with another?

I have two. The first one was in the dentist office when you find the tonic and the audio recording on the table and when I turned around the splicer was right there in front of me just looking at me, actually made me jump sooooooo creepy. The second one and by far the best one is when you find out the true meaning of "Would You Kindly".

I came up with some of my own but please feel free to add  commandments of your own. Anything that pisses you or bugs about a cretin decision the developers made that just don't make sense to you. Anything that made you pissed about video games you like or don't like. Make them funny, make them serious but in the end just have fun with it.
Thou shalt not have a playing or non playing character explain or state the obvious.
Thou shalt have a plot for god sakes i.e. Killzone 2 and gears of war 1 and 2.
Thou shalt have a logical decent difficulty curve and not something that resembles that Uncanny Valley.
Thou Shalt have a good inventory system that also makes sense [and not the schmorgestboard like Mass Effect has or the completely illogical one from Resident Evil 5].
ok it's 2 am here and i am done for now, i can't wait to see what everyone else have to add.
P.S- every video game i mentioned here and every one i will mention in the future is a good game in their own merit.
11 Comments