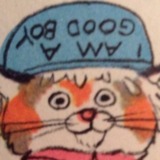 Giant Bomb has given me amazing gaming coverage and more laughter than I could ever quantifiably measure, but what I'm most grateful for is how I could always count on these guys to make the hard times a little easier. Even on the worst of days, they could cut through stuff no other podcast, television show, movie, or song could - panic attacks, grievous loss, frightful illness - and bring me a little bit of happiness.

To this day I still listen to the Bombcast every single night before bed - new episodes and old classics both. I'm interested in seeing what Jeff will do with Giant Bomb now, but I'm going to really miss spending time with the crew every Tuesday (and Friday).

Brad, Vinny, Alex. Thanks for everything.

I haven't been on the site in many months - nothing new has been coming out that entertains me more than re-listening to the old Bombcasts from 2008 to 2016 - but I checked back in today and was surprised to see that they've gone with such a bad layout. It reminds me of the new Reddit layout. Gone are many of the links that offered quick, one-click access to the latest and most popular content, and they have been replaced with blank space. And to make matters worse, instead of being a list/directory of all the latest site updates, the home page has gone all Web 3.0 and is now more of an image gallery.

YouTube has its problems, but it already has its own mobile app, so the actual site itself still has a compact and easy to navigate layout capable of showing more than six video thumbnails on a full-screen page. I think it'll continue to be the best way to access Giant Bomb's content, paired with a podcast app for their audio stuff.

I'm willing to give it a shot, the setting (just two decades after the bombs) is really interesting to me. I hope there's a way to opt out of PvP, because the first time someone ganks me while I'm talking to an NPC or building a fence around my shelter, I am out *hard*.

If I had to make a list it would probably be this:

Night in the Woods - released at the beginning of the year, sometime in January I believe.

They've been talking about Nier constantly since it came out, I highly doubt it won't get mentioned. Alex and Abby are definitely going to try and get Night in the Woods somewhere on the list, perhaps at #10.

I think South Park is going to get buried due to its controversial humor. I enjoyed it quite a lot but I think I almost prefer the crew not even bring it up because it'll be 10 minutes of the crew segmenting into two camps: "Yeah, the game was fun but I don't approve of the humor" versus "I couldn't even bring myself to play it because I don't like South Park at all anymore."

I think it's more likely that Shadow of War will wind up on some kind of (non-negative) list than South Park.

I've fallen off of PUBG but I hear that hackers and botters have become a problem. A lot of them seem to be Chinese in origin, even on US servers. Have the devs started doing something about that?

I listen to the Beastcast for the content, and I use the Bombcast as ambient noise for falling asleep.

Super Mario Sunshine is boring. It was the first Mario game I ever played where the levels felt like generic real-world locations instead of fantastic realms.

What were all the worlds again? Hills and windmills, some docks, a beach, a carnival, a hotel? The only world I remember that captured my imagination was the level with all the tall coral structures and multi-colored water.

I just felt no drive to explore or get excited about the next world because it was just going to be another generic beach environment.

This is gonna be a weird answer but I really liked Mega City from The Matrix Online. To me, it was the perfect dystopian city.

There were upwards of 50 unique neighborhoods to explore. Each district had its own lore and its own mix of gangs fighting over its territory. To the north you had a downtown district that, at first glance, looked quite safe and inviting - until you got into the alleyways between the skyscrapers and came across backroom deals gone wrong between organized bluepill crime and representatives from the city's corrupt megacorporations. To the east you had a grungier urban sprawl called Richland, home to decaying urban housing developments and gangs of Exiles who have modified their RSI to resemble creatures like vampires and ghosts. And then to the west you had Westview, which was an absolute wasteland littered with burned-out cars and collapsed buildings.

Layered on top of this was the ongoing tug-of-war between the three playable factions - Zion, The Machinists, and the Merovingian. You had all sorts of cyberpunk vernacular and weird concepts - bluepills, redpills, exiles, programs, agents, residual self-image, and hardlines. Man, it was so good. I miss that game a lot.

I always try to play games that are part of a series in the order they came out, especially if they're heavy on story. Sometimes I end up having a really amazing experience, like when I played through all of the Metal Gear series. Other times, I stall out with the first installment of a series that started off kind of rough before garnering acclaim - I've started and then abandoned Assassin's Creed 1 about four times now. I don't think I'll ever see Ezio.