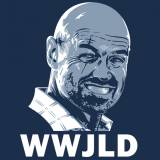 I just put up my first Black Ops video on youtube. Its rough but I went 43-2. Check it out, ill be doing more.  http://www.youtube.com/watch?v=pWeyaSgLIOU

Stuck between a rock and a hard place.But both are awesome games.

With my pre-order slip in hand i found myself dreading going to Gamestop for the midnight release of Red Dead Redemption and Alan Wake. But to my surprise it was'nt that bad, i found out Lost Planet 2 resells for 52 bucks and that one Gamestop clerk didn't know what E3 was. Either way I was home quick with both of them and i found myself at a crossroads. What to play? Rockstars latest that promised to be the first truly great Wild West game, or Remedy's long awaited thriller heavily influenced by Stephen King. I chose Red Dead, and had a blast. The story is great and the online play was far better than what i was prepared for (after playing GTA:4). So I binged on Red Dead for the night. But Alan Wake was there in the back of my head. So the next day I decided to play the first episode of Alan Wake. It was also great. Remedy did a great job with its episodic nature, but i found myself wanting more. (I mean come on why no credits?) So here i am stuck between two truly great games. Flip a coin? Play some more Battlefield? Or maybe ill just go watch some LOST.

Blogs Created:
2 blogs
Most Commented blog:
Stuck between a rock and a hard place.But both are awesome games.
Total Comments on blogs:
15 comments