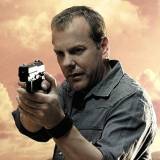 Played a little of the Battlefield 3 Beta, haven't played anything Battlefield related since Bad Company 2, getting myself used to the pace of the game since I'm more used to Call of Duty now, but loving it so far. Aside from the parts where as I walk up hills and crouch or go prone, I somehow get stuck underground and not too often, but sometimes I have a hard time getting myself unstuck.

Nonetheless, I'm enjoying it still, and can't wait for it and Modern Warfare 3 to come out, gonna be busy with games once those two are out, and I can't wait.

I'm so getting this!

I haven't bought any of the Black Ops map packs yet, but I think with this being in it, it's safe to say I will buy Escalation when it's out.

All I Want For Christmas (is to kick your ass)

Being at work during the week. Then when I'm off just play games and shit all the time.

look around you - maths

..i just had stephen colbert's americone dream for the very first time, was SO good! <3

any ice cream fanatic out there needs to go out and secure some and try it for themselves, you won't be disappointed. =)

...It's obviously WAY too early to tell at this point, besides, I'll have plenty of time to get to 70 and eventually 80 so it's all good.

My Holiday shopping season has begun...

Just preordered Fable 2, Little Big Planet, and the WoW Lich King expasion off of amazon, each with release date delivery so i'll get each one on the day they come out.

But, ive still got plenty of games i plan on getting this holiday season, which include:

and yes, i already pre-ordered gears 2 back in august, off of amazon as well, i so had to get that lancer that comes with it, probably dont need it, but it looked so cool!

Once we get into '09 things should calm down for awhile, which should give me some time to enjoy all the ones ive bought and will buy in the coming months