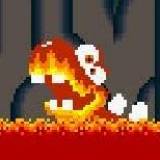 Or... "How to get screwed without really trying"

While hosting a Plinkett & Pizza Roll Party, a showing of Star Wars: The Phantom Menace directly resulted in the RRoD'ing of my '08 360. Last week, Amazon sent me my copy of Mass Effect 3. If it weren't for my attachment to my Sheps, I would have returned it for PC. My wife was rather insistent that I get it fixed as she wanted to play.

I started looking on Craigslist to see if there was anything cheaper than the $90 + a few weeks to send it to MS. I found a couple selling for under 100, and managed to snag one for $60. I didn't want to get my hopes up, but hey it turned on! Then I stuck a disc in, and ... nada. Nice of him to tell me. At least I know where he lives.

So this weekend, I whipped out a set of Torx bits and some screwdrivers and cracked them both open. I was able to swap the drives (both Hitachi) but it would only read discs as DVDs. Turns out the crypto chips in the main board and in the drive are paired. Luckily, you can just swap out the logic boards and you're good to go!

Probably not for the feint of heart, but dammit, the galaxy is at stake!