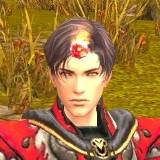 When Battlefield 1942 was close to release, nobody was particularly excited about it- after all, what could yet another World War II game do that others hadn't already done? Anyone saying the same today would be branded a fool, and quite rightly so. BF42 has grown into the biggest online game since Half Life, and at times even surpassed Counterstrike in terms of player numbers. But game sales aren't everything- after all, lots of people go to watch rubbish sports teams, so quantity and quantity...

Perhaps even more so that Half Life 2 itself, CS: Source was greatly anticipated by the online gaming community- from the pro clans right down to 12 year-old AOLers with a passion for dying repeatedly. But I digress. This was supposed to be The One- combining the fantastic concept and gameplay of Counterstrike with the physics, graphics and just plain coolness of the Source engine. Unfortunately for Valve, they only scored one out of three. First of all, I am deducting points for Value because ...

Gaming nirvana - you must play this game before you die! 0

Before I begin, let me make one thing clear: nothing I write here can do justice to such a massive game. Think San Andreas is big? This game is set over an entire planet (and yes you get to explore all of it). We're talking 60 hours minimum- and that's without doing any of the optional (and cool) sidequests like GF-hunting and those extremely nasty optional bosses (move over Emerald Weapon!). Bearing in mind that this is a PS1 game from the late 90s, don't expect awe-inspiring graphics, at lea...

Golf gets Nintendo'd... and comes out better for it 0

Critics of the Gamecube often point out that Nintendo has yet to come up with a popular game that doesn't involve Pokémon, Zelda or Mario. But that isn't necessary a bad thing- if, like me, you make your judgements based on the content of a gamebox rather than what it says on the front of it. I used to play golf games on my PC (think windows 95 and Microsoft Golf sort of 'used to'), right up until the developers became more focused on creating an accurate 3d model of each blade of grass than t...

Finally the PS2 has its definitive game 0

GTA has always been a hugely popular game series- even more so since GTA 3 when all the graphics junkies could get involved. But few were expecting this latest outing to be so huge- the game itself is set over an entire state, that will take you a good 5 or 10 minutes to fly across in an airliner. Yes you read that last bit right as well. Rockstar have taken everything that was asked for after Vice City- decent planes, bicycles (the pedalling system is really well done), more non-mission based ...

I have to admit that I have always found the Warhammer tabletop game interesting. Interesting, but sad. As appealing as all the story behind the universe is, I don't have the time or patience to shift five plastic figures that I paid £30 for across a tabletop. Dawn Of War removes that obstacle. For your money, you don't get a single squad of Space Marines (paint, heavy weapons and sergeant not included), you get the whole thing, right up to the big stompy robots that you saw in THAT video. Warha...

I have to admit, I have held no great affection for the Shogun series. I went out and bought the Warlord Edition of Shogun, and it was so tedious and badly done that I refused to even install the demo of Medieval. But when I found a disc with the single-player demo of Rome, I installed it just because I'd heard rumours of flaming pigs. I went out and got the full version very soon afterwards. My usual strategy diet is the likes of the C&amp;C series, Dawn of War and other such games. In other w...

F19 Stealth Fighter does not have any of the ‘features’ that modern flight simulators trumpet on their box blurb. No framerate-destroying 3d graphics, no down-to-the last bolt physics, no need-to-be-a-qualified-pilot-to-not-crash flight model (OK, I’ve used up my hyphen quota for this review. Moving on). But, much like a chav who fails to realise that his souped-up Vauxhall Nova just marks him as a chav, these upstarts have forgotten what flight games are supposed to be about. F19 didn’t stop y...