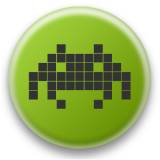 Farrrrrrrrk this film is tense and bleak. I am going to say that it might not be for everyone. It is certainly not an action film and there really isn't any sort of light moments or comedy relief. It is full on, in your face tension and drama.

I found the scenes following Tom Hardy as a Spitfire pilot really weird as they were just so clinical, no real emotion in their voices or anything, but it worked to convey the pressure they were under and the focus that they had to put into what they were doing. No time to talk if you wanted to survive.

I felt that the cold, tiredness and tension were all well conveyed and I appreciate a film of this scale with such very little dialogue.

It loses half a mark for confusing the audience with the jumping around of time. I was OK with this once I understood what was going on but even then there were parts where you had to pause for a second and figure out where in the timeline you were. That became less of an issue in the latter third of the film

For the records, I did not see this in IMAX and still thought it was well worth the price of admission and I had zero issue hearing what anyone was saying.

I finally caved and bought a PS4 Pro with two games, COD: Infinite Warfare and Watch Dogs 2. I have since got myself Fallout 4, Far Cry 4, Assassin's Creed Syndicate and COD: Advanced Warfare.

I haven't been gaming much in the last few years due to starting a new career and I am hoping to get back into it with this console. I'm pretty excited to be honest.

My questions are: What games have I missed out on that I can now get cheap? I will be getting Uncharted 4 at some point but as I am in no rush I'll wait for it to drop in price a bit. What are some absolute must haves?

Is it worth getting PS Plus and if so, where is the best/cheapest place to get it?

Bought a Steam code for Mafia 3 and the Family Business DLC and didn't realise that it was region locked. Thus it does not work in Australia. As far as I can tell it for Europe but I'm not 100% sure. Hope someone can have some fun with it.

Drew, it's been an honour.

You seem like truly decent guy and I wish you all the best in the future.

I watched all 6 episodes over the weekend. It gets a lot better as it goes but there were still a lot of times where I thought the editing was all over the place. That being said, the show has some seriously kick ass music scenes and getting to watch Grand Master Flash give a tutorial on DJing is pretty great.

I hesitated about whether or not I should put another post in here considering I seem to have kicked a hornets nest a little bit but just to clarify my points a bit:

- I was not suggesting that they should have made the game 100% historically accurate. I agree that an actual depiction of WWI would not be fun.

- I will have to wait and see what the campaign is like but wouldn't it be good if you could play a video game about WWI which was fun AND learn something about the actual conflict at the same time?

- I realise that Battlefield has never been about accuracy but I feel they are wasting an opportunity a bit with this setting if it plays just the same as their other titles.

- I am aware of Verdun and play it often. I think it is great and I hope everyone who is even slightly interested goes and checks it out.

As others have said, hopefully if this game does nothing else it might mean that some people go and look up the actual conflict as well as inspire some other devs to develop games set in this period. I will cross my fingers that there at least some Commonwealth soldiers in the campaign.

I should preface this by saying that I have a history degree and in getting that degree I specialised in the First World War and I also teach high school history which includes the history of the First World War so it is fair to say that my perspective is not the norm on this matter.

More and more gameplay footage of this game is getting out there now and as I watch it I can't help but feel that it is sort of messed up that they have twisted the war to the extent that they have. Almost every weapon is semi or full auto, Zepplins rain fire down from the skies, tanks zoom around the map like they would on a modern battlefield. It feels like all they have done is put a WWI skin over the top of a modern shooter.

I know that I'm going to get shut down with "well bolt-action rifles are boring" and I don't necessarily disagree with that but if that is the case why not just give it an alternate history timeline or something? "Oh this is WWI but it never ended in 1918 and now its 1925 and the war is still going but technology has advanced". Boom, done. Problem solved.

A few bombcasts ago Brad mentioned that this war is maybe not thought of in the same terms in Europe as it is in the US due to the insane loss of life that European nations suffered in the war compared to the Americans who only came in 1917. Is this something that seems correct to the Americans reading this? I'm not sure how much this time period is taught in your schools but here in Australia we learn it A LOT in school due to our role in it. If you're not aware of the loss of life, to give you some context, the British lost 60,000 men on the first DAY of the battle of the Somme. I've been to the western front and seen the cemeteries from both sides (Commonwealth, French, American and German) and I can't help but get a not very nice feeling about this game.

Does anyone else feel this way?

I'm waiting to see Australian prices before I decide it its worth me getting either of these. I've held off getting a console because I have a decent gaming PC but if the One goes cheap enough I might grab one for the exclusives. I can't really imagine getting a Scorpio TBH. I just don't play enough any more for it to be worth it for me.

Not sure if anyone else has said this but the only way they are announcing any new technology is if they can have it in stores before the holidays. If they can't get it in stores before the holidays then all they are going to is hurt sales of existing hardware as people will get to Christmas and say "Oh well I was going to buy an Xbox One but now that the new one is coming out soon, I'll just hold off for that". Then again this is me assuming that anything new they bring out is going to have been designed to replace the existing hardware and maybe that is presumptive of me.

I think that it can be a number a things but mainly it is general frustration when you know/understand what is meant to be happening but the person playing isn't getting it PLUS the fact that this is the internet and as well know anonymity makes people act like dicks.

I can easily get frustrated watching Brad and Dan play Hitman because A) They are playing in a way I never would so they regularly skip things that I would have explored further and B) They are not just playing the game but talking to each other and trying to be entertaining and keeping an eye on the time etc. This means that they miss stuff that I am sure Brad would see if he was just playing the game by himself on the couch. The only time this really frustrates me a ton is when they talk all the way through the very detailed intro, get into the game and one of them asks "wait, so what are we meant to be doing? Where are we? Why is he in there? etc.

However, no matter how annoying someone is, I would never bag them out in the comments. If they annoy me that much I'll just keep my mouth shut and stop watching the videos.