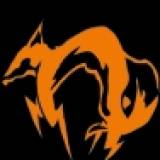 Well i am a bit behind on posting about this, but i have been having a real hard time accepting it as reality.

Ryan Davis has passed away, and that is ok, people die. But it hurts, for the last few weeks i haven't been able to even go to giantbomb. Tears would just swell up in my eyes, without Ryan its just not the same.

About 10 years ago i came across Gamespot, my brother recommended it to me when i asked about a good site for game reviews and news. After some time i discovered they did shows, by then it didnt take long before i came to love Ryan.

For a long time i have been dealing with depression and social anxiety. but when i saw or heard Ryan joke around it would make me smile. His laugh and giggle always make me laugh with him.

I am not the kind of guy that wants to meet a lot of celebrities, but the giant bomb crew is on my list of people i want to meet. But now that Ryan is gone, it feels like i have lost a chance to meet someone i considered important to me. I think its weird but it feels like i lost a good friend. After listening to the podcast and watching the videos of Ryan, i can see that the guys are having a though time as well. But they are coping, it shows that the show must go on. So i will keep coming back, it hurts but i wipe my tears, Ryan you will never be forgotten.

PS: Sorry for being a terrible writer.

I feel like starting off with Dead Space was a smart move, people love that franchise. I still havent played any of them myself but i probebly will eventually.

It seems pretty good, but also kind of different from the others. Some fans are allready complaining on the differences.

With all the co op stuff and how there seems to be human oponents this time around, it seems a lot less scary then the first two.

Your not all alone in space anymore, and it seems mote action based, seems more like Gears of War then something thats suposed to be scary.

Not saying its bad to do something new, but it seems a bit weird.

I got chills by the motivational speech this presentation started with. I am not a fan of American Football but this time the game actually looks pretty good.

I have always considered the Madden games as cash in games. Just because people buy it, they will sell the same game with a new number.

Seems a lot better now then before. Not saying im buying it but fans will probebly like this game.

If i get that i will probebly spend countless hours on it. Games like this scares me since its so easy to get imersed in them.

Looking forward to see more about this game.

Man this stuff sucks. They just copied the stupid stuff COD does. Not exactly stoked for this sort of system. However its not exactly clear if its a paid service or just one price for multiple pieces of content. Like a season pass. That being said, the vehicle only stuff looked like a lot of fun.

I have interest in the game and the universe of Star Wars. However it just doesnt seem all that good in my opinion.

Also when Guild Wars 2 will be Free To play after purchase i just dont see people continueing to play this.

The free to lvl15 thing is neat though, might actually give it a try.

Seems like an ok game. But its just more shooting. How good can it actually be? Love that the characters still have crazy beards.

Need for Speed Most Wanted.

I am so hyped for this game. The part with having no undertitle is a bit confusing though. Not much to say for me here other then that i will be looking forward to it.

Another game i dont care for. I never liked the original, i didnt like the second one, and chances are i wont like this one either.

It still looks prety and the ideas are good, and i dont really know why i dont like it. I should in theory.

Well to wrap up. Not that exciting. I liked sim city and will be waiting for more News on that. Need for Speed seems great. And yeah thats all.

My thoughs about this years E3 Part 1.

Microsofts conference felt rushed to me, it was like: Hello! and now Games!

Starting off with Halo 4 was a smart move on their part, to make people pay atention. Wake up the tired people and the sleepers.

Never been a big Halo fan but at least it sure looks pretty, The way the guns "morphed" when they were picked up were pretty cool too.

Probebly just gonna happen the first time you pick up different new guns from the new enemy faction. Not much else to say about that for me. I am not gonna say anything about the fitness stuff, dont care at all about it.

The new 360 languages and media stuff were cool, however knowing my country its probebly not coming here at all. The smartglass stuff looked pretty awesome to me, however it will probebly be pretty expensive. Sports is not my thing so meh about those. However i did like how the guy "playing" Fifa was bleeped when he cursed.

Pretty excited for Lococycle, Gears of War and Soouth park though. And the joke the South Park guys did made me laugh a whole lot.

Tomb Raider looked like Uncharted minus the wit of Drake. It looks good, but it seems like they are going for a lot more action focused game then the other Tomb Raider games.

Now RE 6 looked pretty awesome, dont get why there are so many of the old fans crying about it, what are you upset about? Buhu less complicated nonsensical puzzles?

Seriously the Moonlight Sonata puzzle in the first one is just plain weird. Who uses that as a security messure? It did seem a bit lacking when it comes to graphics, but its still a ways to go before its out. So the graphics will probebly improve by then.

Oh yes. Recketear. They sure picked a good girl for the presentation. Seriously though she was pretty terrible. I was half expecting her to say totally! every second word.

I like watching others play those games, but i dont have a Kinect. And i dont really have space for one.

So theres a lot of neat Kinect features i wont get to try but oh well. Black Ops 2 looked like more generic shooting from a series i got tired of at MW 2.

Some interesting stuff with the future stuff, but i dont think it did them any favors showing a long boring protect scene where you fly and shoot stuff.

Never been a fan of those segments in games. They feel way to slow, and breaks up the action. They are usually very easy to fail as well.

Well thats all for now, probebly something i forgot but oh well.

Well something truly epic happened some days ago. I was playing a demo of Burnout revenge on my 360. Got a little hooked and kept replaying the demo, but got tired of the in game music. So i put on some of my songs right. And just the same time i start a new round the song "Crosstown Traffic" by Jimmie Hendrix plays.
Thats not all... but just as i got totalled ( meaning the car got destroyed beyond repair) the song ended xD.
Had me laughing for a while.
For those of you that havent heard the song before heres a link:  http://uk.youtube.com/watch?v=YUCNsZXCd58
Kinda random blog post i know but i just felt i had to post it xP.
Another cool moment was when me and a friend of mine were in the middle of slaughtering Locust in Gears of war co op and the son New York started playing xP.
Sorry for randomness once again,
mrmanga out!.

Do not fear for Benn is here!

*points to blog title* sorry i just had to lol.
Well now that im actually on the site i figured gotta write a blog so yeah. Il start off by welcoming myself to this awsome site weee yay welcome mr.manga. *claps in excitement*. *bows* Go me! xP. Oh and yeah btw Benn is my callname sometimes lol, i have no idea why people call me it tough. Buuuut since i have gotten used to it i dont mind anymore and refers myself as Benn sometimes as well.
Anyway i tought i would dedicate this blog to writing some about my games, what i like and of course a little about the site lol.
First of all to be honest i dont really know much about the site *booooo* yeah i know shame on me. Il read more about it and figure out stuff as i go trough it!.  I used to be a member of gamespot, or well i kinda still is but thats just for some minor things like adding games to my wish lists and such i dont go there anymore for avarious reasons. One of the reasons is because my favorite gamespot staff members got fired one by one. But! now they made this site :O. Wich is awsome! of course.

On second tought i wont mention how many games i have in a blog lol what was i thnking that would be way too long. Anyway just to mention it im a all rounder gamer kinda since i play most genres except a few. Among theese few are racing games, flight simulations and most sport games. I dont know why i find theese kind of games boring but thats just how i am i supose. If there are any questions do not fear to ask! for i shall anwer the best i can......if i can lol.
Again! Do not fear, for i am now here! Hahahahahaha.
*Mr.manga out!*