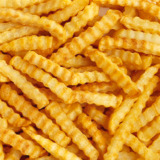 Anyone know if there's a schedule for the crew or any other people streaming for extra life yet? I'd like to watch some of the streams but don't know when they are happening!

After playing Sea of Thieves on-and-off since its launch in 2018 and experiencing the many different additions to the game since then, Sea of Thieves: A Pirate's Life is an unexpected crossover that combines the best workings of the game with the charm, fun, and for some, nostalgia of Disney's Pirates of the Caribbean franchise.

The expansion adds five new Tall Tales that can be activated at the new tent of a mysterious castaway that was added to each outpost on the map. Each tale is like a chapter in a story, with each one tying into the next. Every tale is unique and varies greatly in premise, taking you from escaping the sea of the damned, to defeating the Kraken at the bottom of the sea, to fighting your way through the coral-covered fortress of a familiar foe. Most notably this free dlc includes bits and pieces of Pirates of the Caribbean media throughout, including characters from the classic movie trilogy like Davey Jones, Mr. Gibbs, and the infamous and enigmatic Captain Jack Sparrow. This expansion even includes sections from the Disney theme parks Pirates of the Caribbean ride, including reimaginings and audio snippets from the original 1967 Disneyland Park Pirates of the Caribbean ride.

The addition of new enemy types like Ocean Crawlers and Sirens with unique weapons mix up the combat a bit so you're not fighting wave after wave of skeletons anymore when doing these new Tall Tales. The new puzzles, though sometimes challenging are never timed, which makes solving them at you and your crew's own pace significantly easier than some of the past puzzles and quests in the game. Like other Tall Tales this new set contains mermaid save points scattered throughout your quests, which act as checkpoints in the middle of your tale in case you need to set the game down and return to it later.

To make the game more accessible to a wider audience, these new Tall Tales take place for the most part in their own maps separate from the open world, allowing you and your crew the freedom to worry not about other plundering or griefing pirates after you on the Sea of Thieves. In addition to this, the difficulty of these tales are scaled to your crew size, and for those who may play solo (like myself) you can count on the help of Captain Jack as he'll join along side you in combat.

The storytelling is fine for the most part, but sometimes can feel like a fan-fiction between the two from how some of the characters between franchises speak and react to one another during the storyline. There are also times in the game where you really feel like you're on a theme park ride, from the use of actual audio and recreation of real scenes from the original 1967 theme park ride, to the use of locations from the original movie trilogy. There are even parts in the game where you are riding a row boat watching repeating scenes play, like in the original theme park ride.

What A Pirates Life does well is combine the best of both worlds into an easily accessible, PG-rated pirate-themed videogame experience blessed by Disney. The dlc takes you to new and familiar places, introduces new and familiar characters, and spices up just about every aspect of the Sea of Thieves experience so far.

I think infinite's been down for several hours Will!

What games would you look forward to if Abby and co. do six crazy frights this year? I'd like to see them play Outlast 2 or play some of the classic Amnesia: the Dark Descent. Thoughts?

Anyone still trying to play?