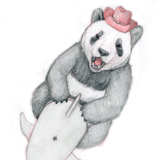 @secondpersonshooter: Why would you get angry at them when Peter specifically said he was going to spoil the ending or at least one of the endings? They were talking about Nier for at almost 2 minutes before Peter said he was going to spoil an ending. If you missed the warning that's on you. Avoid listening them talk about the game for the time being. If Peter spoiling the ending came out of nowhere I think the criticism and outrage would be fair.

Man, Brad calling ME:A the buggiest AAA game he's ever played. Is it even worse than Bethesda games?

Man I don't get it sometimes, Brad uses arguments against games that don't really have to do with the category or cherry picks at elements of games while seemingly ignoring arguments against games he's in favor for. He ignores that Doom's multiplayer is a complete disappointment and shouldn't be used as criticism for why that game isn't number one, but on the other hand a problem that Hitman had was online connectivity that for the most part the staff didn't exactly have problems with he critiques heavily. Sure the multiplayer isn't a part of the Doom single player campaign, but it is part of the game that you cannot ignore exists just like the online connectivity is a part of the game you can't ignore.

It reminds me of the Saints Row 3 vs Skyrim arguments where Brad argued to ignore the all the many deficiencies of Skyrim such as performance problems (especially on the PS3), game breaking bugs, boring combat and bad story and focus on the full package. Saints Row 3 was in the same exact spot Doom is in now, where Jeff was arguing to ignore the bad parts of Saints Row 3 and focus solely on the story campaign experience, because it was just that good.

Really funny how it turned out this way.

@atheistpreacher: I feel like the entire staff forgot that Dark Souls 3 even came out this year.

@danryckert When you do McCree's ultimate, red skulls appear on the lock-on targets confirming that those are guaranteed kills. It's basically powering up the ultimate to instakill so the longer you wait to fire the shots the more damage they do.

I looked up the Sims 2 corruption, that's pretty rough especially to lose something you spent so much time on. While not on the same time scale, I put in about 200-300 hours on a single city in Cities:Skyline and it was my first city I ever committed to and also happened to be my most successful. For some inexplicable reason Steam Cloud overwrote my save files with very old files and all my backup save files when loading had some kind of error when loading up. I tried a lot of things to find a fix and was pretty sad when I pretty much resigned to the fact that if I ever wanted the city back it'd have to be done from scratch. It's really hard to reclaim the magic of something you put a lot of work into. I could probably make the city a better version of what it was from before, but it just really sucks to lose anything you put a lot of time and care into. Any itch I get to play Cities, I find I only want to go back to particular save. Now I can't really play it anymore because of that.

@ripelivejam: Or if you're on pc and you're feeling a bit "adventurous" use tcl to go up, down, or through that mountain.

Hearing about all this technical stuff and how difficult it is to do simple things in video games was eye-opening. I hope to see something like this in the future!

I never did think developing games was easy, but I did sort of get frustrated with certain bugs never being solved. 'Like, seriously... are the devs lazy or something?'

But more and more I find myself less frustrated the more I (try to) understand it and think about it. For example, today I've been told by someone that in Destiny, if you select 'Special Weapon Ammo' on your chest piece and 'Sniper Ammo' on your leg armor, you can spawn in the Crucible with double the amount of Sniper shots you should be allowed to. You can select Sniper on the chest piece and leg armor and you'll spawn with 6 rounds. But Special and Sniper and you'll spawn with 12. And only if you're playing a Titan. If you're doing it with a Warlock it apparently doesn't seem to glitch and still give you 6.

Why on earth the game glitches out on certain classes using the exact same specs is super weird. Can you even imagine what someone must start looking for to solve it? All that stuff can get so weirdly complicated. I made an extremely simple mod for XCOM 2 and even that was giving me a headache.

Game developers are crazy. It seems like crazy work to me.

I bet even the simplest things can be the most infuriating bugs sometimes. I took one game progamming class in high school mainly so I could use stuff like 3ds Max and making a brick breaker game was pretty frustrating. Granted I had a very rudimentary knowledge of programming and the class was a lot of trial by fire, but finding the bugs in the code was annoying. It was always one thing after another. If I changed one line, I'd have to change another eventually sometimes leading me to rewrite whole swaths of code because it simply didn't work the way I wanted.

You're right, developers are crazy.

I dunno. This seems fine. Maybe a little over-priced for the amount of content, but otherwise fine. It even sounds like the gamepad aiming isn't crucial enough to cause you to fail if you ignore it, but instead rewards you for sticking with it and getting better - I.E. the entire point of Starfox 64 - to play it over and over and over and over again to get medals and higher scores. The only thing really missing from the game is having to play through on a single run, which was always the fun of 64, and instead it's just a mission selection screen here.

It's understandable if that isn't the most engaging gameplay in the world when you're an adult and there's basically an infinite amount of deep experiences at your whim, but for a kid or teen where this is one game in 5-10 and your only new game for months (like Starfox 64 for me in '98) it seems perfectly fine, just a bit pricey.

Every review I've read has said more than anything the controls are frustrating. One of the last things you'd want especially in this kind of short experience that doesn't seem to have the fluff of other games with similar problems is poor controls. I honestly hate fighting controls more than anything else and just watching not only GB play it but other outlets, seeing and hearing that over and over just killed any buzz.