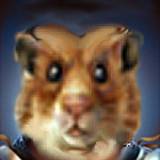 Looking for some others to team with, was intrigued by the game on upf and picked it up.

Over the last couple of weeks the lingering diaspora of city of heroes fans have gained a new rallying point as private server code was released publicly by a group called SCORE (Secret Cabal Of Reverse Engineers). This has unleashed the flood gates as multiple groups work towards creating their own private shards, with those that have been successfully released being flooded with thousands of users resulting in long queues and continual deployment of more servers.

The proverbial elephant in the room of course is the oft community maligned NCSoft, whose decision to shutter the still profitable MMO in 2012 left many resentful. Thus far they have been silent on the subject of private shards, despite some troll sending out fake cease and desists, the company itself has done nothing. Recently it was confirmed they are in negotiations with another group to potentially license or sell the rights to the game, which is still underway inspite of the sudden rise of private servers.

Beyond these developments are numerous 'spiritual successors' to the title that are in development currently, many of which initiated as crowdfunded projects. Fueled by a desire to see a return to the likes of Atlas Park and the Statesman, it will be interesting to see if the surprise, albeit potentially temporary, return of the original will suck the wind out of the sails of projects like the 'Ship of Heroes' and 'City of Titans'.

With the above context, I am really quite interested in what the overall fallout of this will be. I was never a diehard coh player, despite playing it off and on over the years, and with its shutdown moved on and gave it little thought. If NCSoft does nothing will it undermine the attempts to make a successor? I can't imagine the potential market is going to be able to support the three or more successor projects in the works, and if people are able to just return to the original I feel like it is going to further dilute and weaken that market.

I would like to keep an eye on Owlcat, in hopes that their next game doesn't need a several gig update every hour.

I'd settle for A) reasonable load times, or B) everything in your capitol not being spread across multiple loadscreens.

Pillars 2 was better than the first one, but I also found the world of Pillars of Eternity incredibly dull and boring. Nothing made me want to have an adventure in that setting. It is something a lot, though not all, of video game rpg developers fail with when they abandon the table top licenses. Dragon Age is the same way, I have never thought once that it is a world I wanted to really revisit in and of itself. Bland, vaguely dark, fantasy settings are a dime a dozen. Not sure why it is, but they mostly seem to be built around one story, like any given final fantasy game. Whereas the settings of ttrpg's are specifically built for there to be infinite stories told in them. So a new DA, PoE, etc, doesn't really inspire much innate interest in me beyond what the characters themselves might be doing, like Morrigan, and none of the PoE characters particularly made me care enough that they were returning.

That all said, I look forward to seeing what they can accomplish now, but with all the stuff Chris Avellone has been saying I'm not hugely optimistic either. It is all very much wait and see, and putting most of my rpg hopes in CD Projekt Red, and that Larian and Owlcat can keep improving.

Fist of the North Star and berserk could be fun, but I do want them to complete dbz first. Some film and 40s would be cool for some of the movies.

Medication plus talking to someone about it helped me immensely. I was on the verge of suicide and had even set the date. I had decided to speak to a doctor about it beforehand, and getting diagnosed was an immense relief, it felt like I was taking charge and not letting it control me. I am off meds now and doing drastically better as a result of my time getting help.

So, remember when SOE was bought by Columbus Nova and made into Daybreak Games? Well it seems the owner of Columbus Nova, a Russian company called Renova, has had its american assets frozen by the U.S. government.

Since then Daybreak has been trying to say they are not in fact owned by them, but a single individual and that their privacy policy and all the press releases stating Columbus Nova is their parent company have been a mistake they just never got around to correcting over the last three years.

They have been deleting the sections on their website mentioning Columbus Nova, and IPs traced to both Daybreak and Renova have been editing the wikipedia page to remove mention of the connection.

If VinnCo still is running I've been getting back into it on the ps4. Played on the pc previously.