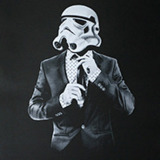 My History as a Gamer

My History as a Gamer

Surprised by the affinity question when I was signing up this morning ( yes, I live in Europe ) I kept thinking what pushed me to choose Sony instead of MS or the Big N…  After all, I’m in my mid 20s… and been playing games since I was like 7 years old… so… let me explain to all of you my History as a Gamer.

My father is guilty of getting me involved with this awesome world. Back in year 1988/89 he bought me the one and only console I haven’t purchased myself, that shoe-box that was NES. I had lots of fun playing Duck Hunt or Super Mario… I mean, I was controlling what happened on the TV, that’s amazing! I wish I could use this for my soccer team! Hehehe That was my 8 bits era.

So I was abducted. You know, playing games is neat! So a few years later, and with money I earned from birthdays and stuff like that I bought a SNES 16 bits era began. Super Mario World, baby! I also played a lot of F-Zero, Mario Kart, Zelda,Street Fighter 2, etc. Back in those days, half my classmates had a SNES and the other half a Megadrive ( what do you call… Genesis!? ) I became a Nintendo Fanboy “Original Licensed Product”. Seal of Quality Gamer. Defending Nintendo from Sega. Arguing with my colleagues… and finally we got ourselves the answer about which platform was better… and that honor was for… NEO GEO! I’ve never ever owned one, but we used to stop by the only shop which had one and play for hours… OMG! Greatest platform EVER! So years later I find out that a next generation of consoles was coming up… “32 bits” era. So I checked out, my options where Saturn ( no, no… Sega! )… a thing called Playstation ( those Sony boys, get your money from your Tvs and walkmans… ) and yes, a cartgridge thingy called N64… Being a Nintendo fanboy, it was clear… and I’ve never enjoyed games like with my N64 ( I even have one still, in the garage, with a tv only for it! ). Goldeneye, Super Mario 64, Zelda Ocarina of Time, Perfect Dark… Wow… I mean, wow!

Getting on… three years later, another next generation got out… huh… Sega was out with Dreamcast ( I liked, I really liked it… but it was far too expensive ), Sony was out with Playstation2 ( huh, so maybe those guys did it okay with PSOne… ) and even Microsoft ( uncle Bill company ) had a thing called XBOX out… but hey, Nintendo forever… so I bought a little purple box called Gamecube… and the dark years of gaming began. All my friend had bought PS2 ( you know, in Europe and even more in Spain, where I live, Sony has it all… ) and I got stuck with a hardcore gamer platform without hardcore gamer games… you know what I mean!? Curious fact: Nintendo Gamecube, a hardcore gamer platform is a failure and a thing called Wii ( without Nintendo on it because if it fails we don’t have nothing to do with it ) is one of the major successes in the history of videogames… huh…

So I played GC for a while… nothing too much interesting… and although I kept playing once in a while… I forgot about videogames. Played PC strategy games online for another while and then, it happened… I moved off my parents’ house. We got a little apartment with my girlfriend two years ago, and the metamorphosis began. I did not take any console with me, but about a year and a half ago, we needed a dvd… a cheap dvd… and we get a PStwo and man, I got the best selling platform ever and when the games were AAA and quality proven. GT4, MGS 2 & 3, God of War ( I & II ) … and as I was playing these games… and discovering great game sites on the internet, and enjoying reading magazines... guess what!? Another generation of consoles… XBOX 360 ( hard to be an xboxer in Europe.. not as hard as in Japan but here in Spain kinda… ), Nintendo with a little thing called Wii ( wich I like, really, I like the idea, but hey, gimme a nice big controller full of combinations! And the Sony Playstation 3… I bought myself one the first time they ever pulled the price down, 10 October at 10:00 am… I like it, I enjoy it… and while I am a Sony Fanboy, I’d never attack other consoles on exclusivities, games, online service, etc.

I like VIDEOGAMES people! Thanks for reading through it and excuse my English, it’ll get better in time if I keep practicing it.