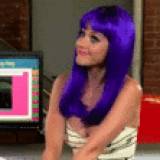 Being Top Editor on a Wiki Page and Why

This blog isn't so much about flaunting the pages you have the most points on, but rather, why?

I'm sure a lot of us have dumped hours into a certain page (or multiple pages) until it's just right. Is it because you're passionate about the game or characters? Or is it just because it was something that needed to be done?

I have 1,702 points for my work on the Melty Blood: Actress Again: Current Code page. Looking at that you might think that I must be crazy good at that game or obsessed with the fiction but in reality I'm mediocre at best. I was playing it one day and thought I'd go see if there was anything interesting in the wiki to find it was pretty much blank. I was surprised, I thought there would have been someone out there who was a fan of the game who would fill out the page. Suddenly it felt like it was my duty to fill in that page and try my best to make an informative and detailed description of the game's mechanics and characters, etc... I felt a little out of my league, having to start from scratch but I think I got there in the end. I went through multiple revisions of paragraphs and different formatting, uploading images (especially getting the character images to stay where I wanted them). Honestly I've learned much more about the game writing that page than all of the hours I spent playing the game and feel like I have a new found love for it... At least I see it in a different way. Also having my name on the left side of the page feels pretty good too, even if not many people get to see it.

I'd be interested in hearing why other people put time and effort into pages they've contributed to and whether it changed the way they perceive those games.

And if you haven't took a shot at editing a page yet I recommend it, it's definitely a fulfilling experience.

Mojo Spade's Got The New Jazz

As some of you may or may not know, I make music under the name Mojo Spade. So I thought I'd share my latest track with my favourite duders and get your opinions! I just finished recording this song today, I was going for a sort of Sword & Sworcery inspired sound and I think I got it! I hope the video isn't too boring, I tried recording myself playing the song in Audiosurf but I had some technical difficulties. So feel free to keep it playing in a tab while you do other things.

If anyone likes it enough to actually spend money on it you totally can. And if you like it but don't want to pay, fret not! I also have a couple of free download codes I'll be giving away when the full album is done (you might be waiting a while though). I'll keep this blog up to date with new stuff when I release it and I'll probably showcase some of my older stuff at some point too. So stay tuned!

Blogs Created:
3 blogs
Most Commented blog:
Being Top Editor on a Wiki Page and Why
Total Comments on blogs:
62 comments