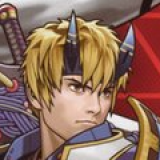 Helms Deep Reborn... give it a shot

The above video is part 1 of 4 of a full playthrough I posted on Youtube of me and my friends playing the entire level. Only posting part 1 in case anyone wants to play it and actually experience it for themselves, though I suppose there's nothing stopping you from just going to the main channel and watching the other parts LOL. But yeah I reiterate, if you're one of those people who enjoyed L4D2 and you find yourself not playing it as often as you used to, give this map a shot.

The map is available at the following link: http://www.l4dmaps.com/details.php?file=7302

yup...PC version...
i felt so dirty after making my purchase that i ran out of the store to my car and immediately took a boiling-hot shower as soon as i got home.

but seriously, joking aside i did get some time to play some online HQ Pro.  i gotta say, my experience with the game really wasn't as bad as i thought...this coming from a person who was also frustrated with IW's infamous decision back when it was first announced.  i suppose it could be that many others have also warmed up to the "new" matchmaking system that there's more people in general playing the game now.

and i put new in quotes because of the fact it's new to the world of the PC version CoD...obviously it's something that console players are accustomed too (inb4 Captain Obvious joke).

but seriously, really the only "bad" experience i've had is the occasional lag spike...which frankly was few and far between.  haven't had a single host migration...
as far as hacking goes...well...i could never identify a hacker for the life of me.

that being said, i'm curious if anyone else has had their minds changed about the state IWnet.  granted i STILL feel that dedi servers would've been a better way to go, but as i've already mentioned the matchmaking system wasn't as bad as i thought either.

anyone else getting fed up with all this BS with apple claiming they can overtake the DS/PSP?  don't get me wrong...after having had a chance to play around with my friend's jailbroken Ipod Touch, it seems like it would work as the "next generation" of casual gaming; what with the whole tilt sensor doohickey.  it's commendable that there is a considerable user-base of iphone/touch users who actually download games for their multitasking portable, but what percentage of games are actually FUN on the system?

all the above being examples of games that will never be pulled off on an iphone/touch unless drastically changed or dumbed-down.

i won't even attempt to list all the good games that are available on DS.  suffice it to say, there's a chance some DS games could possibly be pulled off on an iphone/touch...but the fact that the iphone/touch doesn't have a d-pad or face buttons will be it's downfall IF apple ever considers going one on one against 2 portable gaming systems that have made their mark on the whole gaming community.

the DSL's current d-pad was a MAJOR downgrade from the regular DS's larger, more tactile, d-pad.

well let me put this this way...there aren't too many things in the world that can compare to the awe-inspiring nature of Chuck Norris, BUT GiantBomb.com is indeed one of the few that comes close.