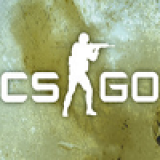 Absolute joke of a league. Not only do they want to enforce unenforcable drug tests, they want to do it with the least effective drug test on the market. (probably because they're cheapskates)

Saliva tests are effective in testing what you've ingested in the last 72 hours. Something like THC can show up in Urine up to a month later, whereas with an oral fluid swab it's only going to detect if you're high right now or done something in the last couple days.

But it's also incredibly easy to beat, cheat, or falsify a Saliva test, and they've been known to throw false positives. Over-the-counter Cold remedies, Allergy decongestants, and Diet Pills can show up as Amphetamines.

I'm interested to see what type of testing WADA does for events in North America, and if they treat esports like they do cycling and the UFC. Like, are they going to come to a player's hotel room at 4am and wake them up and make them piss?

A purchase of FIFA15 was attempted with my account in british pounds of all currency (I live in the States). I noticed FIFA was all of the sudden in my library about a week ago, but I just figured it was some trial or free-time type thing that Origin does so I didn't look into it. Luckily the credit card I had with Origin expired earlier this year so I wasn't actually charged, and the purchase failed.

However, my account has now been BANNED/SUSPENDED I'm guessing because of the attempted fraudulent charge. I tried to launch Need For Speed Most Wanted tonight and immediately got a notice saying my account was banned, so I tried BF4, and I'm not allowed to log in to battlelog. So I'm waiting in que for a Live Chat with ea.help .... ridiculous

Been working through Recon the last two days as it's the only class I haven't fully unlocked. Today I unlocked the M98B and thoroughly realized the power of it - on Metro Conquest near B just past the locker hallway on the side - found a sliver of an angle through the central kiosk/ticket building(partially destroyed) to the outside entrance on the other side of the map, every time I scoped up on that angle there were enemy players grouped up around that outside doorway, but had a lot of teammates inside the partially destroyed kiosk I would have to shoot through (Hardcore, so FF on) so I couldn't always shoot - eventually the enemy team shot smoke grenades into the kiosk in an attempt to push forward - I scoped up on the smoke, shot, and got 3 kills with 1 bullet.

3 for 1, through smoke. That was pretty good, wish I was recording.

@Evilmetal: I think servers will be one or the other, don't quote me on that - but I think servers running Karkand maps will only run those maps, and not have a rotation that includes vanilla maps.

@mfpantst: and I'm waiting until there is more than 4 people in there before I join.

Giant Bomb / Tested - US NYC 64 #chan is up. It was already up by the time Ahmad started spamming letting me/everyone on steam know about Jackcolt's server.

I would have expected a deeper Sublime cut, like :

my favorite sublime song, and they didn't write it.

I live in the upper mid-west (ND), and around here Sublime is generally regarded as amazing - and I've always liked them - but the other day I was listening to Beastie Boy's Paul's Boutique and caught "Get hip (get hip) don't slip ya knuckle heads, Racism is schism on a serious tip" and that totally ruined one of my favorite sublime songs (Don't Push). I know that Sublime fused a lot of different sounds, were influenced by hip-hop and that a lot of their stuff has sampling - and that in this particular case it's paying homage, and a lot of my favorite songs of theirs they didn't even write - but for some reason this pissed me off and made me say 'fuck sublime'.

It's kind of that Nirvana thing where, while I don't hate the band specifically, I hate their fans. And I think they are given way too much credit, and people adore and idolize them so much simply for the fact that the lead singer died young. It's better to burn out than to fade away.