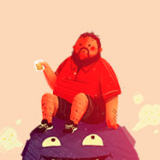 My Impressions of The Tester so far

So I've watched all of The Tester episodes that have come out so far, and here are some of my impressions.

When I first heard that a reality show about videogames is coming out where the winner will become a tester, I thought "WHAT WERE THEY THINKING?". But I was willing to give it a shot. But so far the show really isn't as fun as some other reality shows. It's been proved that it can work with cooking, singing, business and much more. But with videogames? Maybe it could be done, but this is a shitty attempt.

First thing I really didn't like about this show is how they don't use their real names but their PSN names I think they are. Which really sounds ridiculous when you hear some of their names. How can you take someone named Fame Girl or Goof, seriously?

Second thing I don't like, which is probably my biggest issue with this show, are the challenges they get. Some of them have just been pathetic. And the judges try to convince us that they are essential if you want to become a tester. Let me just tell you flat out. Being able to LARP or to catch a football will not make you a better tester. Some of the challenges are alright, like the first challenge in which they got two images and they had to find out the differences. But so far they haven't played a single game in a challenge. What the fuck? I'm guessing they are saving it for like the finale, but I seriosuly doubt I will be watching the whole thing.

The guest judges who appear look like they don't know why they agreed to appear on the show. David Jaffe seriously looked embarrassed being on there.

Also the whole relationship thing going on is just pathetic. I mean they've been together for only a few weeks and the guy's crying when that Luge girl left as if he had known her his whole life. And by the way, the girl is 13 years younger than him. What the hell? And the editors try to make it all sad with the music and shit. They just fail hard.

Who do I want to win? Hard to say cause almost all of the contestants are unlikable. But I'm rooting for Nauseous. He could end up becoming like the underdog, Since the other four people left are getting the most screen time right now.

So basically this is a bad videogame show. Wanna see a good one? Watch Button Mashing!