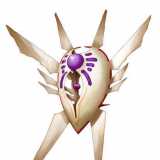 I don't mind the delay at all, the bigger issue here is that this whole situation just makes it seem like Atlus USA has been lying through their teeth for months now.

It isn't because Kiefer costed too much. I cringe every single time I hear that. BB has the same voice actor in Japan that has always done Snake, so he's doing the same dialogue. .

I don't see how that shoots down the argument that Kiefer's price tag is what led to Snake being semi mute...like, at all.

then maybe things like the purely conjecture basis of Evolution will become verified or falsified.

Intelligent Design, while a flawed theory also, at least raises enough questions to realize that what science tells us isn't the whole picture either, as it fails to provide for gaps in the historical record "beyond a reasonable doubt," the way you might prove in a courtroom.

There's a difference between whether evolution exists as a mechanism and the evolutionary history of our species.

One describes a biological process, the other describes an instance of said process. The former is indisputably a real thing. It is reproducible in nature and has predictive power.

The fossil record of a certain species being incomplete -- which mind you, OF COURSE IT FUCKING IS, some things invariably get lost the ages -- has no bearing on the validity of the theory itself. When a body of evidence emerges that shows changes in species occurring that directly contradict the mechanisms described by evolutionary theory, then you can start speaking about evolution being "incomplete".

Of course no such thing exists, which is why the hilarious "god of the gaps" argument, an eternally moving set of goalposts, keeps being employed.

I don't think it's outside the realms of realism to say that both sides have their ego's all wrapped up in this debate.

I think reality is more important than whether this farce of a debate meets some vague standard of gentlemanly-ness. I'm so tired of this CNN/South Park bullcrap: the answer isn't in the middle. Homeopaths are wrong. Geocentrists are wrong. Conspiracy nuts are wrong. Flat-Earthers are wrong. And creationists are wrong too.

The real debate on whether evolution is scientific and has predictive power was held several decades ago.

I can't believe some of the crap I'm reading in this thread. Trying to seem all enlighted and above the behavior of fedora-wearing internet atheists is one thing -- pretending as if creationism has any validity is something else.

I've gone through similar philosophical struggles in my life. Unfortunately I've found every piece of literature I've looked into on both sides is so steeped in agenda that I end up exactly where I started.

Creation vs. Evolution is big business and frankly I have trouble seeing anything but a bunch of people on both sides trying to get famous and/or make money. That's not much help, sorry.

If you sincerely care about reality, there is a vast amount of publicly available research you can delve into. If you suspect these to be part of some vast shadowy conspiracy, you could even literally go out and set out to reproduce some of these results depending on how much patience and resources you have.

This kind of south park-esque "both sides are the same!!!!" response on the other hand is lazy and disingenuous.

That is indeed much better than the original P4A arcade opening.

Lets all take a second to realize the Republican party is more than the bullshit crazy people, both sides have that. I can point to people in both parties who shouldn't be in charge of dinner plans much less a government. The vocal minority, the tea party and whatever bullshit crazy side the democrats call themselves, are whats killing us.

The inmates run the asylum. There seems to be no moderate wing in the slightest.

This kind of nonsense seems more harmful to me, honestly. parroting "both sides do it!!!!" from authority figures, even though only one of these parties seems unable to deal with the prospect of having a black man in charge of the nation to the point where they're willing to risk massive economic damage to get their way.

I'm not American, but I thought "Obamacare" had nothing to do with taxes? America does not have a universal health-care system even with this in place, right?

As I've heard it described, Obamacare is basically just the government organizing a federal marketplace where people can purchase healthcare and providing subsidies in the cases where people can't afford it.

From what I understand, some lower-income people will get some type of tax rebates, while taxes might increase for others. There is nothing universal about Obamacare. If you don't play along, they fine you. You don't have the choice to legally not have insurance.

I looked it up, and read that if you fall within 138% of the poverty line, you get your healthcare subsidized fully. There's partial subsidies for incomes over that threshold.

As far as political parties go, the American Republican party is absolutely insane. Truly beyond the pale. Whenever I hear anything crazy about American politics, it's generally safe for me to assume this group of petulant children are flipping their shit about something again.

You guys really need to vote them out.

Fortunately we tried, but unfortunately due to the way House districts are now drawn, the Republicans still managed to win a majority despite losing the popular vote.

wait, really? They kept control over the house despite losing the election!?

How does that even work??

Gerrymandering - essentially they moved a bunch of seats around in the House of Representatives and rezoned districts that had been turning Democratic to make them conservative again. Hence why Republicans still control the House despite getting far less votes in the 2012 election.

As far as political parties go, the American Republican party is absolutely insane. Truly beyond the pale. Whenever I hear anything crazy about American politics, it's generally safe for me to assume this group of petulant children are flipping their shit about something again.

You guys really need to vote them out.

Fortunately we tried, but unfortunately due to the way House districts are now drawn, the Republicans still managed to win a majority despite losing the popular vote.

wait, really? They kept control over the house despite losing the election!?

How does that even work??

basically just play that and understand.