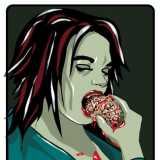 I first compiled this top ten list, about a year ago, because of  a little collaborative blog i was contributing to at the time. I no longer contribute there and this post was in need of a home. I'm not sure if you will agree or disagree with my selections but none the less here they be.

Yes I realize that the mere presence of this, on list that will inevitably miss some important life altering weaponry for the majority of gamers, may cause a few jeers BUT for many the Duck Hunt gun was one of the coolest controllers…er… weapons to hit our living rooms. The zapper provided hours of fun shooting at not only ducks but clay pigeons, title screens, and annoying siblings all over living rooms everywhere!

Gordon’s arm holding this iconic weapon is an image that can be (and for me IS) thought of fondly. From bashing open crates to clearing debris to bludgeoning enemies in close range combat; the crowbar is not the most elegant or sophisticated of weapons but, dammit, it got the job done! And without the crowbar what would you and Gordon have been able to achieve? The Half Life crowbar, for these reasons, remains a steadfast symbol of survival.

The Shrink Ray Gun from Duke Nukem is one fabulously effective weapon that which creates absolutely zero damage. The ability to reduce your enemies to inches and then automatically trample them when near enough is astoundingly fun. Just be sure to run like the wind once you yourself have been shrunken and plot your revenge while you wait for the effects to wear off.

Soldier of Fortune brought gore to a controversy creating level. Being scrutinized heavily by both Canada and Germany for its violent content the game gave us many weapons to love. The ability to ‘remove’ appendages from enemies with carefully skilled shots, coupled with goreiffic consequences, made this game prime picking for all time weaponry. Despite the weapons of great technology and precision, the Flame Gun is one  heck of a fun way for creating a lot of damage very quickly!

From the original begrudgingly created Metal Gear to Metal Gear REX this ultimate wearing nuclear weapon is oft overlooked. Creating so much controversy among its creators, owners, and obtainers, this game weapon had me squeal with delight after all the anguish, and overly complicated plot twists, it takes to finally reach this ominous example of game weaponry.


#5 The Chainsaw – Doom, Resident Evil, and others

No matter the game there is ALWAYS room for chainsaw killing action. First winning my heart in Doom, and continuing the bloody love affair in Resident Evil, and all that is in between, the chainsaw is a big disgusting mess of destruction. Guaranteed not to be a clean killing weapon; watching the splitter splatter of enemies’ innards is bound to create that big goofy grin, or sly smirk  as only a chainsaw can do .

The sheer abilities that the rocket launcher in Quake allows you is delightful.  In multiplayer death matches the rocket launcher is undisputable. If you aren’t sure why Quake’s rocket launcher can put a big goofy grin of weaponry destruction upon a player’s  face then you have neither hit with or been hit by one of these deadly weapons. I urge you to rectify this handicap post haste!

This weapon is a bayonet chainsaw AND assault riffle. This weapon has become synonymous with the game. Whether releasing approximately 15 rounds per second into your enemies or tearing them to shreds during melee combat is your thing the Lancer is for you! Hold down that B button and hear that thing rev up. Mmm.

Though tricky with it’s POV use, the Redeemer is undoubtedly one of the most satisfying weapons to use well. The weapon is more effective at close range followed by a quick escape. Though it may leave you vulnerable longer than desired you can not deny the wildly gratifying kill that you find at the end of a challenging steer towards the ultimate demise of your enemy.

No surprises here no matter whether you agree or disagree. Doom’s BFG is renowned for its immense level of destruction. The first time you fire the BFG you are awestruck and you may even release a whispered curse. As a 13 year old FPS explorer, at the time, I can tell you I did just that.   The colossal devastation that is the BFG is only questioned if you have yet to experience it; in this case, hello! And welcome to the wonderful world of video games