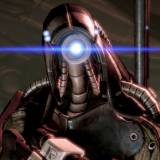 Sell one to get the other?

I was debating about this: I really don't like Reach's multiplayer at all and even uninstalled it and now the map pack has been announced and the maps looks kind of...meh but then again I have one of those things where I feel like playing it later on in the future so what's everyone think, sell Reach to get New Vegas and possibly might want to play it month from now after all the patching stuff or just keep it and get New Vegas different way?

To get to questing, I gotta blog a blog so the quest for the blogging can be over.

Anyone hoping for not just a quick look but a full 4-player quick look a la NSMB Wii?

given that it's 4 player local, I'd like to see 4 of them play through it rather than just say a Jeff and Ryan with one watching the other play

So recently I've been getting into a huge mindset of saving up for a big top-of-the-line PC so I can all the cool games on max settings. Starting to see the appeal in using mouse and keyboard over a controller finally. But then this weird revelation came over: what's the use in having the Xbox then? Granted there's a couple of exclusives like Halo Reach coming but honestly, I'm kind of over Halo now and when I saw the intenseness of Dead Space 2, the bugnuts crazy Bulletstorm, the GORGEOUS Rage and Crysis 2 demos and Killzone 3 having 3D and Move Support, watching the videos for Halo Reach almost makes it look...tame now. It'll probably be awesome, game of the year who knows, but I've been a bit disappointed by stuff like Red Dead Redemption or God of War III which people think is GOTY already that really most of the games I want to buy are either multiplatform or I can just get them on a PC which'll probably play and look better. Granted there's the whole DRM shit but honestly it's not like I give anyone my games and not like I illegally download them anyway (songs on the other hand but ssshh) but this year I've been shifting ever away from buying a crapload of Xbox and PS3 games to just buying a select few, not because they suck but rather I just don't feel like I'd gain anything in owning them. A rental's good enough, keep the purchases for the keepers.

Recently at the store I picked up Civilization IV and the expansion pack Beyond the Sword at the store for 10 bucks each and they have Colonization there too (haven't found Warlords yet) then there's the fact I actually really enjoyed World of Warcraft when I played, I bought Starcraft II (t'is a cruel mistress that I own the game yet don't own a machine that can actually run the ****ing thing) and will get Civilization V, most likely try out Final Fantasy XIV and Fallout New Vegas is a given and one of these days, I will get a computer to run Crysis damnit, not because I'm dying to play the game but call it an achievement in life as a gamer, it's like "yes, I can run Crysis and you can't, eat it bitches".

But just today a thought entered my mind: selling my Xbox 360 and using the cash to fund the purchase of a top-of-the-line computer. As far as exclusives are concerned well I already mentioned my thoughts on Halo Reach and I could give a shit about Gears of War 3 but when you look at my game collection so far on the Xbox it's this:

Oh yeah, each one is on the PC and many of them include mods so there ya go. Granted I still got half a year to go on subscription but really when the only things you're looking forward to are either coming to PC or can be gotten on the PS3 (such as Enslaved which I WILL buy day one)  mindset wise, I'm thinking "you know, I could sell it and feel like I'd regret and feel like re-buying a new one". But still debating about it right now so we'll see.......not that anyone will leave a comment anyway.


well this was one weird ass day one of E3. Best things out of it so far were that Dust: an Elysian Tail for the Xbox Arcade, the Summer of Arcade lineup of which I'm looking forward to Castlevania, Lara Croft and Limbo and wondering when Shank's coming out as well, AC: Brotherhood, a new freakin Rayman game and Medal of Honor actually looked like it'll be better than modern glitchfest 2.

...but then again, what was with Ubisoft and "Innergy"? or that Laser Tag game? What is this, 1995? Then there's Microsoft which started out fine: live demo of Gears 3, COD: Black Ops, Fable 3 trailer, whatever the fuck that Crytek project is which looks like a "300" look-alike but then veeyooom, downhill with Kinect. The fakeness of the dialogue, the awkwardness of the on stage demos, and just the "on and on and on" vibe of it all, it's like guys, I get it, it tracks my arms and legs and everything else, I GOT IT. Then they unveil a new Xbox design that hopefully doesn't Red Ring, it ships this week (biggest surprise for me there) and it's only 300$...for Americans anyway, we Canadians will probably get screwed but then "hey guys, if our press conference sucked, try to be nice and oh btw, free Xbox's for everyone!"  It's like buying your kid's love with a corvette.....that is compatible with a pet sim where my creepy looking tiger can jump Matrix style around a jump rope.