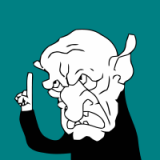 The Shocking Origin of the Names of Pokémans

Apparently IKEA is trying to appeal to the younger, hip crowd by adding spicier descriptions to their products.

Shaun is a dick.

This is a great blog.


When I first heard about Demon's Souls I just dismissed it as another lame Fable 2-esque rpg (could they have picked a worse name?), but after seeing the gameplay in the Gamespot review:

Why? Because I have already bought like 4 games this month and even more awesome games are coming out in the near future (Uncharted 2, Assassin's Creed 2, Modern Warfare 2). Basically, I can't afford buying more games. At least for now.