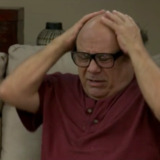 Spelunky and the Art of Dying: A Video Game Diary

(Edit: I will format this properly later, but this website and the version of internet explorer that we use at work apparently don't really mix, so sorry if this looks like a mess)

This isn’t the first time I have played Spelunky, but it might be the first time I felt like I was in control of what was happening around me within that devious, tile-based world. My first encounter with Spelunky was on the Playstation Vita when it was released in August of last year. After buying a Vita almost solely to play Persona 4 Golden, I fell in love with the platform so much that I was searching for any and every excuse to play games on it. Even though I had owned it for a while on the PC, the first time I really played Hotline Miami was on the Vita, and the thought of similar, well established smaller games arriving on the system was exciting.

I didn’t know too much about Spelunky, other than watching and enjoying the manic, bomb-laden multiplayer battles in the quick look and on an episode of TNT. I did know, however, that Spelunky had a pretty dedicated community and people who liked Spelunky really liked Spelunky. I just assumed that this was due to the notorious difficulty of the game and nothing more, so I avoided digging deeper into the Spelunky world so I could go through and discover all of these things on my own.

By the time that Spelunky was eventually released, my interest in the Vita had somewhat waned due to a pretty barren looking list of future released. I still bought and played Spelunky on the day it was released. The game didn’t immediately click with me, and the obstacles that were put in my way weren’t necessarily ones that drove me to keep trying to overcome them. I just didn’t get Spelunky, and that was fine. It just probably wasn’t the game for me.

But now, over six months removed from the last time I played Spelunky, the game makes more sense to me. The community and information that I had previously tried to avoid has turned out to be vital to knowing what this game actually is. What I had viewed as some manic, punishing and unfair platformer where an arrow might fly out of nowhere and shoot you across the screen onto some spikes or down some pit to you death is anything but.

I played maybe half a dozen runs. I threw bombs into spider webs, found pickaxes hidden in the floor. I opened the shortcut to the Jungle within half an hour after never having been there before. I threw rocks and pots at enemies before they could get the jump on me at trajectories that I didn’t know was possible previously and, even though it could use a lot of work, my bat tech has come a long way. I routinely get the Udjat like it’s just a regular part of my day, and now I even know what the Udjat does! I haven’t made it to the Black Market yet. I haven’t even made it further than 2-2, but as someone who was previously elated to make it to 1-3 that one time that’s not bad progress after one day back on the horse.

The thing that I like about Spelunky, the thing that has made me spend the entire morning at work reading articles about Spelunky and thinking about Spelunky and now writing about Spelunky, is that everything seems attainable. I can watch a stream and, whether it’s Patrick or Bananasaurus Rex or even Dangerous Dave Lang, I feel like, with enough practise, I can replicate or adapt the things that they do. Spelunky feels like a very level playing field. I will probably never, ever, ever even see an Eggplant, let alone attempt a solo Eggplant run. But I can clear out an area and climb a rope and bomb a shopkeeper if I can’t afford that Jetpack. I can even turn my back to a bat and whip it. Everything in the world of Spelunky feels attainable, which isn’t a feeling I get from watching “high level” play of any other video game. I might never get there, but that doesn’t kill the feeling that I could.

I’m sure that everyone, especially the Giant Bomb community, is probably sick of hearing about Spelunky at this point. Especially from an early, introductory level standpoint. Everything that I have or will have to say about Spelunky has probably already been said. This is kind of just a device to keep Spelunky at the forefront of my gaming mind, I guess. A record of lessons and mistakes and (hopefully) progress, if not through skill then at least through perseverance.

Because, you guys? Spelunky is fucking rad.