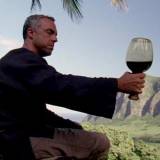 Why the Wii U will fail

I was rather disappointed in Nintendo at this years E3 because there was so much hype for the new system and the Wii U simply didn't live up to it.  Here's why in my opinion I think the Wii U will fail:

First and foremost, the Wii U is yet another gimmick by Nintendo and another gimmick that will be topped by Microsoft and Sony.  The Nintendo Wii introduced motion controls and that was a unique and new idea and it was fun (for about 3-6 months) then the gimmick of the whole motion control died down and sales flat-lined.  In come Microsoft and Sony who looked at the Nintendo Wii and said, "motion controls, hmmm, that seems neat.  Let's see what we can do."  Then the gaming world was introduced to the XBOX 360 Kinect and the Playstation Move, whose motion controls were/are vastly superior to the Wii's.  Both Microsoft and Sony were able to introduce Nintendo's new gimmick concept into their consoles without having to create a new system that was solely based on the idea of "motion control."  I imagine that execs at Microsoft and Sony were watching Nintendo's presentation at E3, like many of us, and when the Wii U was revealed I'm sure they looked at each other and said, "time to blow Nintendo out of the water with this one now too."  There is no doubt in my mind that both Microsoft and Sony will come out with much better versions of the Wii U, because the Wii U is giving them a lot of areas to be able to improve upon.  Off the top of my head they can incorporate HD, multi-touch screens on the controllers and have up to 4 or 8 players be able to use the controller instead of just one.  Come on Nintendo!  Seriously?!?

Second, in regard to the Wii U's ability to stream the game from the TV to the controller let me say this...WHO CARES?!?!  Assuming that everyone has a relatively nice screen TV, why would you want to go from the TV to a small 6.2 inch, SD screen?  Oh but wait!  No longer will you have to fight over the TV because you can just stream the game to your controller whilst the other person gets to enjoy watching a TV show!  Having been a gamer pretty much since I was able to pick up a controller, never once have I had to fight for the TV.  Honestly, when have any of us had to fight for the TV to play a game?  Especially with NIntendo claiming that with the Wii U they're aiming to please the hardcore gaming community; don't you think that being a "hardcore" gamer one of the prerequisites to that would be that we have our own TV?  Hardcore gamers don't just have their systems hooked up to a TV with a fold out chair, hardcore gamers have pimped out gaming setups.  Big screen TV, surround sound system or headphones and a gaming throne to sit comfortably in, because hey if you're going to game for hours on end, you want to make sure you're sitting in a chair that's pretty damn comfortable!  The average home has three or more TV's and you're telling me this person who needs to watch a TV show can't watch somewhere else?  The only time I can see submitting the TV to the other person would be if it's your significant other, in which case what makes you think that they're going to be fine with you playing games instead of watching "Generic Hospital Show" with them?  But that is a topic for a different discussion.  The bottom line is that being able to stream a game to the remote seems pointless unless of course the range of how far away you can be from the system goes beyond the room that it's in, which the Wii U won't be able to do.  Once again, come on Nintendo!  Seriously?!?

Third, as for the iPad, err, the controller itself; why in the world would Nintendo only allow one per console?  So one person gets to have fun with the new remote while everyone else has to kick it old school with wii remotes and nunchuks?  That just seems like such a HUGE oversight!  Especially since Nintendo (or at least the Wii) grabbed the attentions of a much younger generation.  How are you going to tell a room full of 8 year olds, "Now wait just a second there Timmy, it's Porter's turn to use the cool new controller, you have to use the old ones for now."  Come on Nintendo!  Seriously?!?

Fourth,  I was just slightly interested when all those third party developers showed major interest in the Wii U, but then I came to my senses and thought:  Let's say EA comes out with NHL 13 on the Wii U, 360, and PS3, why the hell would I get it for the Wii U?  I'm aware that the Wii U promises not to use those inane "friend codes," but I bet whatever social online support they muster up won't come close to Live or PSN.

Fifth, so the Wii U will be Nintendo's first jump into the wonderful world of HD and will be equal to or greater than the power of the 360 and the PS3.   That's great!  That's just great Nintendo!  So your new system that's due out in 2012 is rumored to be equal to or better than systems that have been out for 6 years?!?  Being 6 years behind you figure Nintendo would have been more like, "It will definitely be better than the 360 and the PS3!"  Not oh umm...maybe equal?  Not to mention that Microsoft and Sony seem to be due for next-gen consoles so when those do launch, once again Nintendo will be left in the dust.

Now I'm not just some Nintendo hater, in fact Nintendo has been my system of choice ever since I was a kid.  But now I just find myself hoping that they suffer the same fate as Sega because they can't seem to get their act together.  I mean come on how cool would it be to play Smash brothers on 360 where you can party chat with friends, check out leaderboards and actually play the game online!  Here's to hoping that this is the beginning of that for Nintendo.

Freezing after every pro club match? Here's a solution...

So after every single pro club match I played with friends I noticed that my player became "undefined"  and every time my club tried to search for a new game we wouldn't be able to play bc my player was still "undefined"  Now I used to be able to simply back out to the main menu of the game and then rejoin my club and that would solve the problem but eventually what started happening was that every time I tried to back out to the main menu the game would freeze.  Also if for some reason I was able to back out to the main menu, whenever I tried to rejoin the club it would also freeze.  Eventually I figured out a way to solve this problem and thought I'd share it bc I know how annoying it can get playing a game then having to reboot or dashboard play a game reboot/dashboard etc.  Ok here we go:

Step 1:  When u return to the locker room after a game slam B as fast as you can to get back to the free roam arena.  I noticed if u just tap B to try and go back it'll freeze but hitting B fast will send u back without freezing.
Step 2:  Start an exhibition match then quit it as soon as you can.  I noticed if you successfully back out to the main menu then think u can just rejoin your club you'll freeze again, but by starting an exhibition match then quitting it as soon as u can you'll be ok.
Step 3:  After quitting the exhibition match you should be free to rejoin your club freeze free
i don't know how I stumbled on figuring it out but it works for me every time and it's a lot less annoying then rebooting my XBOX or dashboarding after every single game.  Hope it works for anyone else who has this problem!
1 Comments

The next generation of gamers

I've been a gamer all my life and if you told 5 year old, Nintendo loving NickBOTT that when you're older Nintendo will be your least favorite system I'd think you were crazy.  But as it turns out, when it comes to my XBOX 360, PS3 and my Wii, the Wii is the one that is least used.  I loved it when it first came out but slowly I saw its playtime decrease and decrease to the point that I don't even have the damned thing plugged into an outlet anymore.  A part of me thinks that this is due to the fact that the way people play games together has changed.  The days of gathering all your friends together in the basement of your parents house and pulling out a piece of cardboard to tape to the tv so that you can play shooters without being able to see everybody's screen has died.  Today you and your friends can all play together from the comfort of your own home and still maintain that feeling of socializing.  The 360 has nailed online gaming to a T.  With party chat rooms, gamertags, friend lists, alerts letting you know when friends have signed on or who are playing the same game as you, etc; the 360 gives you the feeling of your friends being in the room with you while playing online.  On the opposite side of this spectrum comes the WIi.  It is as if they refuse to see that online gaming is the present and the future of social gaming with their lack-luster online capabilities.  Wanna play with friends?  Sure just send them your friend code, which is different for each game, then get their friend code and you can finally play together.  Ok cool so can we talk to each other?  Umm no but depending on the game there may be quick corny texts like "good job" or "hello."  I've actually done some cross-platforming to make my online experience better for the Wii where me and some friends were playing Super Smash Bros. Brawl while being in a party chat on the 360 so we could talk to each other.  This was so much better than just sitting there and not being able to communicate at all with my friends.  I don't know maybe its just me but as I said before the days of gathering your friends together around a tv to play video games is either dead or on its way out.  Both the 360 and PS3 seem to have a grip on this, but the WIi just won't get with the program.  As an old school Nintendo fan this saddens me because I've been a Nintendo guy my whole life, but I'm finding myself wishing that Nintendo would become like Sega and just make video games so we could see games like Mario Party, Mario Kart, and Smash Bros come to the 360 where they get online gaming right.  Hopefully it won't come to this, but Nintendo really needs to wake up and open up the doors to better online gaming.

Blogs Created:
7 blogs
Most Commented blog:
Why the Wii U will fail
Total Comments on blogs:
23 comments