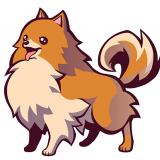 - Jude Law is a fucking idiot.

...and knowing is half the battle .

Second year of university is officially over! I'm free, people!!!!!!

I've finally got time to waste. Loads of it. So expect one of those Top 30 lists (because, everyone knows that we hadn't had enough of them, obviously), as well as some other stuff. By the end of summer expect to know which games have the crappiest/best weapons, which game characters have the worst/best mustaches and more totally random lists.
Right now however, I am going to write the second part and epic finale of My Top 10 Games of 2008. I originally said that I was going to finish it tomorrow... on 1st January. Kind of like the stepdad who said he was going to buy a pack of cigarettes and never came back (SPOILER: 5. Left 4 Dead, 4. Gears of War 2, 3. Fallout 3, 2. Dead Space, 1. Grand Theft Auto IV. Why? Check out the blog later to find out).
For know, however, enjoy this picture of Ice Cube

Thank You, and good night.
3 Comments

On Sessler's RE5 Review

This is originally a forum post, but whatever, my blog could use something new.

On the X-Play RE5 Review:

I pretty much stopped watching when Sessler started talking about racism. He tries to make X-Play relevant but ends up being stupid and needy. I've been to an African country much like the one in the game, and guess what? A lot of black people there. if they decided to set the game there so, be it. There is no need to bring your politics to the table. RE4 had you kill hundreds of Spanyards, but people weren't so worked up about that. Hell, I'm Russian and im still having a blast playing games like Call of Duty 4 and Feedom Fighters where you mow down hundreds of 'commie' aggressors.

I played about half the game and had an amazing experience so far. Yes I played Gears, and yes, I played Dead Space, but I don't really think that RE5 needed to imitate them by incorporating all the new stuff. You could do rocket jumps in Team Fortress for well over a decade now, but it dosn't mean that they should be in all games. I trully think that the gameplay and the controls are great for what they are.

Some might call me an RE lover or an appologist. They may be right. But the reason that I am is that I trully love the game, otherwise I wouldn't be bothered to write this.

Thank You for reading.

Just want to add, that some of the later cutscenes really give MGS4 a run for its money.


10) - This is a game that really took me by surprise. After Ryan's 3 star review I really wasn't expecting much, but the game's immersive quality really took me over. I believe, that in order order to really appreciate the game, you have to look at it not only as a parkour game but, also as a first-person puzzle game with original mechanics, in the vein of Portal. Figuring out how to get on the next rooftop, is an interesting process and is very rewarding. The game is really at it's best when it's flowing smoothly (resulting in some of my favourite game moments of 2008), however the combat and puzzles are pretty good as well.

On the Other Hand... I really hate Faith's face. She looks like a damn eskimo caveman.


9) - Again, a game that went above any of my expectations. Condemned: Criminal Origins was a short, yet pretty cool game, which got borring really quick. I litterally couldn't play it for more then one mission at a time. However, Condmned 2 came out and impooved on its predecessor in every way. In short: its very atmospheric, you beat up people with whatever object you can find, you drink hard liquor to make your aim steadier and fight a giant fucking bear!

On the Other Hand... The 'WTF?' inducing quality of the ending and some of your abilities.


8) - It's a very good game, and the first Battlefield game to come up with a good story. It was action packed and hillarious throughout. If they shipped the game only as a Haggard tech demo, it would still land in my top 10. The multiplayer is up ther with the best, offering an awesome mix of Call of Duty 4 and Team Fortress 2. And of course, explosions. Stuff goes boom very well.

On the Other Hand... At no point was there a Haggard rendition of Bad Company's "Shooting Star".


7) - While I didn't really felt particulary moved by the 'emo-touchy-feely' story aspect of the game, the gameplay was alone to get me excited about Braid. The fact that the game totally reinvents itself when you enter a new world is not something many games do. Through in some of the most artistic graphics and charming music ever made, and you've got something trully special. Again, even though I didn't pay much attention to the story, the last level of the game is something everyone should see.

On the Other Hand... Just when I thought it was over, Braid made people talk abot Soulja Boy again. Damn you Braid.


6) - A beautiful, fun game with the best sense of speed ever. Fun game modes, excelent multiplayer really makes this one stand out. Seing your car being wrecked for the first time, is one of the best moments in games ever. The sound design is simply state of the art.

On the Other Hand... DJ Atomica. "Hehe you gotta hear this. We just got a letter from the country club saying that... SHUT THE FUCK UP!!!

So, it happened.  My second Xbox 360 finally died on me. Somehow I knew this would happen despite all those hardware revisions. Well, I guess it kinda sucks, since I was just about to finish playing Bad Company and was really looking forward to Castle Crashers (bought points and everything).  However, I'm not really stressed out like I was last March when my first one died, just a little sad (Picture #1).

The main reason for this is because this time around I have a Wii by my side. I haven't really touched it in at least two months. Mostly because the 360 has taken care of all of my gaming needs from "casual" games (Arcade Games and Viva Pinata) to "hardcore" titles (COD4, Gears, Forza 2). On a side note I'd like to point out that I totally hate the words hardcore and casual... Where was I?
Oh yes, the Wii. Ok, so lets face it, for the most part the Wii is the ultimate target for publishers to make a quick buck by releasing half-assed PS2/PSP ports (hooray for "next-gen"!), Wii Sports clones (swing 'insert sports equipment here' to hit something) and my personal "favourite", the countless mini-game compilations (again, Picture #1).
But my Wii situation probably differs from an average Wii user. That's because I still haven't played most of the few great games on the Wii. So after thinking it through, I made a list of games I am going to play, so here it goes...
1) Super Mario Galaxy. Well, that's pretty self-explanatory. You can't of the highest rated games ever.
2) Metroid Prime 3: Corruption. I liked the Game Boy games, but I've never played any other 3D games. Well, it looks interesting enough to play through it.
3) Zack & Wiki: Quest for Barbaros' Treasure. The game looks great, too bad it tanked.
4) Endless Ocean. I'm a diver myself so this definitely falls in my interest zone.
5) Okami. I've played the PS2 version for a bit, but didn't get too far. The controls look like a perfect fit, so I'll definitely play it from beginning to the end this time around.
6) Boom Blox. Played a couple levels and loved it. It's really good if you like a challenge.
7) No More Heroes. Game looks crazy.
8) SSB Brawl & Mario Kart Wii. These are the two tittles that I'm kind of not sure about. Everyone says that they are great, but I have problems with both. I don't think that SSB is the game for me. Granted, there are a lot of fans, but I think that while the novelty factor of beating the crap out of Mario with your favorite Nintendo character is awesome, it will wear of for me fairly quickly. But, hey, that's just me. Mario Kart on other hand... let's just say that I'll take the original Crash Team Racing over it anyday (who threw that chair?). But, again, thats just me...
9) Resident Evil: Umbrella Chronicles. I don't know if you knew this (and you didn't), but I like rail shooters. Looks like a perfect fit.
10) Trauma Center. I liked the DS game, so why not?
So yeah, that's the list of games I'm gonna play. Also I'll probably get back to Warioware and Resident Evil 4 (my all-time Wii favorites), and pretend that I'll get back to Twilight Princess (it's great but it's also way too long).
The only real thing that I'll miss on the 360 are Achievement Points. Yes, I admit, I do have a problem.
Well if you can recommend a good Wii game that I did not list or may not be aware of, feel free to tell me. See you soon.
1 Comments