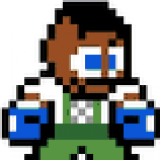 So yeah, I decided to get the Pro-Mustang guitar.

On Wednesday I received the pro-mustang guitar for rock band 3 in the mail even though I have no idea how to play a real guitar. I decided to get the new peripheral with hopes that I'll be able to learn how to at least play the guitar competently. I have no real desire to be able to play some ridiculous, face melting solo, not at the moment at least, but just be able to pick up a real guitar and string some chords together into a song. So after I opened the packaging and took out the guitar I put in Rock Band 3 to see how this will go.

I went into the training mode and went through some of the levels for pro guitar. Much like the pro keyboard they start you off with basic notes and how to move your hand up and down the guitar as well as some basic finger exercises. They then move on to intervals and octaves, power chords, first position chords and so on. I went through about five tutorial levels before I started to get impatient and by the time I got finished with the lesson on first position chords I just wanted to play a song.

So I decided to jump out of the pro guitar lessons and go learn a song. I went to "Learn A Song" in the training menu where they then let you pick whatever song you want to learn. I wanted to choose a song that was fairly simple, was chord heavy and, of course, that I liked. I went with "Yoshimi Battles the Pink Robots Pt. 1". At first I decided I would start off with the game set on medium difficulty and while they do have you play more than just power chords, mainly C and G, I thought it was still a little to simple. So I jumped to expert. I mean I wanted to learn the song so why not actually play the full song and not some simplified version, right?

The moment I jumped into expert I immediately thought to myself, "Oh shit." as I saw the note highway light up with chord after chord of things I had no idea how to play. Good thing Rock Band has a pretty good training mode that lets me slow down the song to something I can actually comprehend. Also, I was glad that the game stops the song and shows you how to play a chord, or whatever note, when it notices you're having trouble. After a little while I realized that most of the song consisted of five chords C, Em, Dm, F and G with Am thrown in there towards the end of the song making a total of six chords I had to memorize. Which I was able to do by singing the name of the chord as I played it which probably would of been embarrassing if someone heard me... Anyways, I found this to be much more fun than the lessons that I started out with.

So yeah I guess this is basically the story of how I learned to play my first song on a guitar. I'm still working on transitioning between chords, especially going from F to G then back to F but I can play "Yoshimi Battles The Pink Robots Pt. 1" on expert and get three stars at about 75% percent as well as play "Living In America" with the same results. That's not that bad for just starting three days ago.

Also thinking about getting super scribblenauts to tide me over.

My copy of SSFIV arived in the mail today!!!

This new quest system made me realize something...

I'm a whore for points!

So, during PAX Madcatz had a special promotion for the new fightsticks where you could get 20% off the normal price at the gameshark online store. I immediately filled out an order. About a week later I received it and yeah... here's some pictures

When I opened the packaging and took the box out I noticed that it was smaller than the original box. I also noticed that neither the 3rd strike characters nor Hakan were featured on the box art. So I guess they finalized the packaging before they revealed those characters. But anyways the actual stick is basically the same as the original just with the sides chopped off and sexier art. So Now I have two high quality sticks for when friends come over to throw down.

I'm thinking about modding it but I'll probably just get a new ball top because I like the overall look of the stick and I'm still trying to decide on art for my original stick but since I changed the buttons and ball top as well as the shaft cover on that one I might just leave it.
6 Comments

Another Blog, Another SFIV Peripheral.

But this time it's the good one!

I was finally able to track one down. I originally got a fightpad because I was use to a d-pad and I thought that it would be easier for me. So after a few months with it I found it to be alright but still limiting and with a few problems. Sometimes jumping when I want to do an ultra or super, not being able to do Fei's chicken wing quickly when I'm on the right side of the screen and random punches and kicks coming out even when I don't push any buttons. These problems made me consider an arcade stick but I was on the fence so I never really pursued it. Until I found an old street fighter 3 arcade machine when I went on vacation about two weeks ago. I spent maybe 3 or 4 hours, over the course of two days of playing. After that I knew that this was the best way to play a street fighter game.
So after some searching I found one online for the regular price and today it arrived. Now I'm trying to get use to the little nuances that come with this controller since I'm not completely use to an arcade stick. So if anybody wants to help me get use to this controller send me an invite and we can duke it out in SFIV. My PSN is NinjaHunter.
11 Comments

The Fightpad, Battle Points and Cops.

I got a Fightpad today and well,  I had to get use to this controller. Since the launch of SFIV I used the standard, or maybe not so standard, Dualshock 3 for the PS3. So that's two months of getting use to that controller. Now I had to get use to this one. It was a hard time but after losing 700 BP I eventually got use to it and got all of those points back. I also think I got rid of my bad habit of always jumping in because since I was fumbling I played more cautiously and jumped less and less.
Also I want to share with you all a short film, not street fighter related, that a few of my friends and I did awhile back for a film festival/contest. It has to do with a robbery and there's an interesting story that happened while filming this. As I said there is a burglary that happens in the film and of course we had to film it. So we did, we had a guy crawl through the window, and then we moved on. So, about twenty minutes later we see a cop car pull up and an officer dash past the side of the house. We all stopped for a bit and wondered what was going on. Was something going on in the house next door? We quickly realized what was going on once we heard " COME OUT OF THE HOUSE WITH YOUR HANDS ABOVE YOUR HEAD!!!" and we all simultaneously had a "Oh, shit." look on our faces. The cop outside sounded pretty serious do we did what he said and laid on the grass face down with our hands cuffed for awhile as the situation was explained. They eventually let us go and we were able to finish our short film. So the moral of the story is, if you going to film something that will look suspicious let the cops know, or at least the neighbors.
5 Comments

Distance between Earth and Mars

Ok I started playing Noby Noby Boy again today to see if we reached Mars or are even close yet. Turns out we are not. After the little fairy told me that Mars was still pretty far away I decided to see, if the game is measuring actual distance, how far we would have to travel. It turns out that that the distance between Earth and Mars in meters is about 57,936,384,000m away...as of this writing we currently have Girl at a length of 1,323,304,827m. Get to stretching people!!!

OK I admit it, I use throws a lot and from my experience there seems to be a pattern with just about every single person I've played against. After I throw an opponent they will attempt to throw me within the next two moves they do. I'm finding this kind of hilarious because whenever they go for the "revenge throw" I always picture them saying "Oh OK, you threw me well guess what!?" I've seen very few people to use the throw but every single time I do it, it's almost as if they just remembered you can throw in the game. This seems to be the only move that has this reaction, I've never seen anybody try to revenge shoryuken or hadoken somebody after they've been hit by one which is surprising seeing as how may people use shoto characters. I'm not exactly sure why it's like this. Possibly because the throw is so infamous in being a "cheap" move to most people? Which causes a "fight fire with fire" reaction. I don't know but I just find it funny.