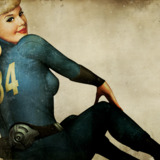 Books: I haven't read a new book all week, my reading time is currently taken up with list writing for Warhammer Fantasy, which its really starting to do my head in. Lots of cross references back and forth between the Warriors of Chaos book, the main rulebook and the tournament victory conditions pamphlet. I've spent hours on this this week.

LOTR war in the North. Well that game is a pile of shit. easily the worst game I have played so far. You play as one of three characters, elf, dude, and Dwarf Their are weird design decisions all the way through, such as you can switch characters when travelling locations and you can level those characters up and equip them but when you change back they seem to unequip everything and randomly assign skill tree points, for example I put all the dude's points into bow and two handed stuff, when I changed to the elf he started to do the invisible skills. The game is also difficult in place and stupid easy in others, It also feel cheap, a lot of the enemies are not effected by your attacks and their animation continues even when you hit them hard. There was one point I wanted to throw the controller at the wall, I had to kill two trolls before they broke through a door you get about 10 troll hits before they get through. I played this for about 90 minutes and only beat it when I got lucky and one of the trolls just stopped doing anything. Which brings me to glitches, occasionally the NPC's wont follow you or you'll get stuck in terrain or you'll drink a potion and for some reason this time you wont move while you do it while other times its perfectly fine. this is a game I would not have finished if it wasn't for the 50/50/50 challenge.

Jazzpunk. It was singular, The best way to describe it is as a really easy adventure game with some very quick mini games and a particular sense of humour and style. I wouldn't way the game is funny, but it is absurd and it sticks with its concept 100%. I had issues with the music, too much repeating 4 or 5 bars in each level, the most annoying of which was the first level. In the end the annoying music is what made me stop looking for the little quirks and jokes in each level.

Now You See Me, I am mixed on this movie. I like the basic premise magician's pulling heists and the acting from most of the characters except from one or two actors was pretty good, but the actual story, Secret magician's robin hood club initiates are pulling heists..... Spoiler I wont go any further than that but it is exactly what you think it is all the way through and a by the numbers no chemistry "romance". Also I couldn't suspend my disbelief enough in regard to the FX, if this movie is to be given any credence magicians have had seriously advanced tech for a long time.