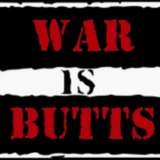 I've heard good things about Dublin Zoo. As others have mentioned, Temple Bar is very touristy, but still a good time. Pretty expensive I think. Grafton Street always has good street performers. I'm usually only in Dublin for shows so I'm not too familiar with the city.

Maybe check out the GPO on O'Connell Street.

Don't order any Black and Tans or Irish Carbombs. I doubt anyone would actually get offended, but just to be on the safe side.

I imagine they are stretched pretty thin already with their current output, so no. The hangout thing, isn't that basically the after show call in they already do? Anything more and I feel like it gets into weird para-social issues that the internet already has a problem with.

@boss_kowbel: @capum15: Thank you for the recommendations, plenty to keep me busy :)

I'm in the mood to watch some people play Pokemon while I play, but having a hard time finding people I like. Griffin McElroy's playthrough is fun, but he hasn't finished it yet.

I just downloaded it for PS4, and it keeps randomly resetting me to the checkpoints? I'm not dying or anything, it just keeps happening. It even reset during the opening cutscene. Anyone else having this problem?

I've never played a Trials game before, they seem super fun I've just never got round to it. Is this a good place to start?

58 seconds is my longest so far, cant seem to murder the gross flying spider thing, I always get dismembered by something behind me :(

This game is so fun, some genuine "holy shit!" moments.

I'm terrible at finishing anything. I've been known to turn movies off 5 minutes before the end, earlier if I've seen it before. I just don't like endings, they're the least interesting part to me. It could take me a couple days to get to the last chapter of a book, and then take nearly a month to actually finish reading it, there's just no motivation to finish it. I have almost finished way more games than I have finished. I think it's why I love TV shows so much, most of them never really end, because they always want that next season or whatever. I like the endings of Coen brothers movies, and can rewatch them as much as I want, I wonder why.

I love Austin and Jeff. They have similar tastes in a lot of things, but very different perspectives. Maybe I just like that they make hip hop references and nobody else in the crew really picks up on it.

Stuff like this podcast just makes me wish the two groups interacted more often. Like maybe a TNT that's just between the two crews and not a community thing or something.

Totally agree. I feel like everyone has a very specific thing in common with each other bombadeer, Jeff and Vinny is always brought up, but Jeff and Alex is a whole different thing. like you can't just break them into groups it's more Venn diagrams then anything.

Brad, Jason and Alex should do something together, I think it would be great, even if it was just combined disdain in Dan.

A very special Breaking Brad, where Alex chooses the worst games he's ever had to review and then Brad has to play through them.

I'm just worried about the framerate on consoles.