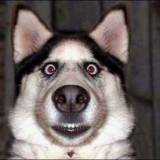 The SPAS-12 is a combat shotgun that was manufactured by the Italian firearms company Franchi S.p.A. from 1979 to 2000. The SPAS-12 is a dual-mode shotgun, meaning it can be used as a semi-automatic or pump-action firearm. The shotgun never reached a high level of use or popularity due to heavy weight and complicated controls, especially compared with competing designs.

The SPAS 12 is best known for its use in action films and video games, mostly due to its intimidating appearance. The appearance and intended purpose of the SPAS 12 eventually led to it being banned from import into the United States, due to a lack of "sporting purpose".