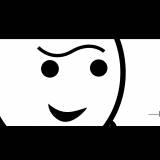 While people are fawning over Battlefield 3, Saints Row: The Third and Deus Ex for their 2011 top tens, the majority of games I played this year seems to be stuff released in the past. So because I haven't played enough new shit to build a 2011 top ten of my own ( I don't want to be left out in the cold), I'm going to go ahead and talk about my personal top 10 that I played a lot of and/or enjoyed in 2011. Also feel free to post your own "Top ten games of 2011 that didn't actually come out in 2011 that you played this year" lists.

Also bear with me, as every single game on this list is a PC game. In fact some of these aren't even full releases.

Yes, I agree, what the fuck. I picked up this game on Steam back in July and I've been hooked on it ever since. For those who don't know (everyone?), EU3 is a "grand strategy" game by Paradox Interactive. You can choose any nation that existed between 1399 and 1821 and play. It's basically like a hardcore version of Civilization. Although I'm trash at strategy games, it was enjoyable learning the mechanics of the game. Something about having my nation go bankrupt and plunged into a civil war is surprisingly fun. I found this game extremely appealing and I still haven't figured out what the appeal is. That said, I've easily put over 150 hours into this amazing game. For strategy fans looking for a bit more variety or challenge it's definitely worth checking out.

Also if you enjoy cheating, this game is heaven.

I really like military simulators. In fact, I can say I thoroughly enjoyed Operation Flashpoint: Dragon Rising even though every human being in the world hated it (not that OF:DR was a legitimate military sim in anyway). Arma 2 is amazing. I love it in every way except how it runs on my shitty PC. Sure it runs like shit, but I love it. In fact, I haven't even touched the multiplayer and I have 60 hours in it. How? It has a mission editor. This is the only game I can just place a car in the middle of the desert, and just drive around the map for 5 hours, since it has a module that dynamically generates combat around my character. How fucking awesome is that? This is a pretty terrible description of what I think the game is: A giant military simulation sandbox. If that makes you a bit curious about the game, do check out the Arma 2 OA demo or the Arma 2 free, which is a gimped version of the full game where you can play vanilla multiplayer and other semi cool things that's not the editor.

Fuck this game. No really, fuck this game. I feel like I have an obligation to play this game so I can fill up my Hall of Monuments (the thing that gets you pointless titles and minipets for Guild Wars 2). It goes on this list in sheer hours of playtime. If anyone wants to vanquish or do silly titles that waste swaths of time with me, add me up as Horsemeat Pastries.

This isn't even a game. It's a mod for Half Life 2. RnL 1.6 as I will call it is a World War 2 full conversion modification for Half Life 2. The closest game I can compare this to would be Red Orchestra 2, except it's Americans VS Germans. The reason I got this game was because I didn't have Red Orchestra 2 and I wanted to feel better about myself, and you know what? I did. It's a fantastic mod, great enough to be a retail product, and really shows how amazing the mod community is. This video more or less sums up what the gameplay is like:

This game was a big disappointment for me when I got it. It didn't have a bot skirmish mode, singleplayer was awful, it lacked bot support, no mod support, no bots and the multiplayer ran like shit (probably my fault but whatever). However earlier this year, AhmadMetallic got a Bad Company 2 community together and set up bombing runs almost every week. It was fucking awesome, I met a lot of people and had fun. That's the reason this game makes it into my top 10 of 2011 that didn't actually come out in 2011.

I find it disappointing that not a lot of games are set in the Cold War period, so I play World in Conflict. I've had this game for 3 or so years now, but somehow I still actively play it. This year, instead of the vanilla game, I've been playing a mod called "Modern Warfare". Yeah, it sort of defeats the purpose of me enjoying the setting of the game. However, the mod itself is amazing. Contrary to it's title, it's a well researched and well made mod that pits the modern day American and Russian militaries against each other. The game itself distances itself from most RTS games and is very action oriented. I also recommend strategy fans check this game out if they haven't already.

8.Company of Heroes: The Eastern Front

I thought it was an actual expansion pack for Company of Heroes. Words cannot describe how well they did this mod. From the character models to the top notch voice acting, Company of Heroes: The Eastern Front really shows how fucking insane (in a positive way) the modding community is. The mod adds the Soviet Union as a playable faction in Relic's critically acclaimed Company of Heroes, and holy shit do they do it well. If you have Company of Heroes, get this mod right now, if not, get Company of Heroes and play this mod.

It's a HL2 mod where you play as either a WW2 Airman or exploding shrubbery, and it looks like this:

I enjoy playing Counter Strike Source all the time.

Well there's my list. Goes to show I don't really play that many games considering like half of these were mods. But hey, feel free to post your own 2011 list of games that came out before but you played this year anyways. Be sure to check some of these out!

Personally, as a zerg player, I have different build orders against different races. Against zerg and terran, I prefer going overpool/8 pool, early harrasment and a roach push at around 16 supply. Then a quick tech to hydras and roaches. Against protoss, I like going 14 pool with speedlings and mutas the rest of the game. What kind of build orders do you guys use? Be sure to name your league(I want to see what kind of build orders are used most in each leauge) I'm currently in Gold 1v1 and Silver 2v2(Rank 1!)

The "Good luck, Have Batman" Experiment

Feel free to comment on the idea, whether you think this is a good idea or a complete waste of time so I know not to post things like this again!