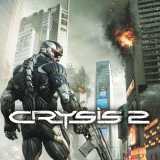 I especially loved the comment where someone said they had to stop watching any wrestling game coverage. Yea, the whole 1 or 2 videos a year they do? You just had to stop watching those right? And the comment where someone said they are fine with off topic stuff in the Bombcast, but only if it stuff they can personally relate to or understand. Good to know that the Bombcast has to personally appeal to you 100% of the time. God forbid the guys want to talk about something you aren't into.

If you go and actually read it, you'll see that I specifically say that I actually enjoy when people talk about things I don't like on the site, but the wrestling talk happens to be an exception and make me dislike it. The point being that I watch coverage of games I dislike on this site a lot, because I enjoy watching the guys talk about stuff, but the wrestling QLs, the wrestling talk in the Bombcast, the Power Bombcast as a whole and other segments related to wrestling paraphernalia are beyond my ability to cope, so I skip them or fast forward through them.

Hell, as is often the case in GB, I feel that this thread has provided very level headed, constructive feedback from both lovers and haters of the wrestling coverage, and hopefully the guys can dial it in to make it palatable for all. You have no good reason to rant that way, and if you really want to do that, there's a whole Internet full of assholes out there you can go berate that I'm sure will respond in kind.

Yep. Yep, all the wrestling sucks. I legitimately tune out whenever they start going for it. I never listened to the Power Bombcast, but lately I even stopped watching videos about wrestling games and so on. Part of it is me voting with my wallet, part of it is just not giving a crap.

The whole thing is so weird to me. I thought it was dumb when I was a kid, but as it made its mainstream comeback redefined as a "we all know what's up and discuss the real life details around the performances" thing it became even more unbearable. It's like someone being into South Park and then South Park getting so bad that the actual show is unwatchable unironically, so the entire fanbase sticks to it by talking about who's the lead storyboard artist for the next episode instead.

I think that's why I can't put up with it. When someone talks about something I'm not into but they are, it's normally great. I hear the guys learn about it as I do, come out of it interested. And even if I don't, it's fun to hear people discuss things they like. But with the wrestling talk? Man, even Dan's childlike, genuine passion for it can't make me endure it without fast forwarding.

Sorry, I don't normally rant this much. I guess, if I try to bring this back to being constructive, maybe keep making easily identifiable wrestling content and then tone down the wrestling talk in the gamey stuff? I get that people enjoy it, it's just... I think those of us that don't really can't muscle through it when it happens for an extended period of time.

The exact same things could be said for Uncharted, and I love the Uncharted games. There is a big difference between bad gameplay and serviceable gameplay - as long as playing the game isn't a chore I'm perfectly fine with standard third person shooting and a great looking story driven game.

Seriously, though, this is spot-on. I don't want every game to be a cinematic-focused, average playing linear story-driven experience... but there's plenty of room in my year for one or two of those, and I enjoy them a lot when they come around.

There's a hipstery glee in being the guy that dismisses the amazing-looking game because the gameplay isn't innovative, but I find that very short-sighted and, what is probably worse, a bit hypocritical. I haven't played The Order, but if it comes out and it's not outright broken, I'm definitely interested in seeing what a reliable set of developers can do with all those pretty pictures. And I'll pass judgement on it after I play it, not before, thankyouverymuch.

Also, let me put out there that there's some irony in Ready at Dawn being unfairly ignored after putting out a couple of fantastic, triple-A feeling mobile games with very little visual muscle to flex and now getting so much pre-release crap for focusing on the pretty when they are finally given a chance to go full triple A blockbuster.

SpaceChem is amazing, and Infinifactory is alright. Just... if you go in, be aware that even though the game is pretty much 3D SpaceChem, it's not quite there. The UI doesn´t let you do everything you want, the puzzles are sometimes obscure in the wrong way and it's a bunch more guided and less elegant than SpaceChem was.

That doesn't mean it's bad, though. It's just SpaceChem is a bona fide classic and this isn't. Still worth a look if you want to have your brain liquefied by a game's tutorial.

I was already a teenager when the Internet became a thing, fortunately. Not fortunately because I didn't write stupid shit as a teenager, but because I'm pretty sure at some point circa 1998 we all agreed to take everything on the Internet up until then, set it on fire and never speak of it again.

Sure, the guys sometimes get things infuriatingly wrong, and they don't really bother to go back and update stuff with correct info.

But... in this particular case I get the feeling that the stuff that kills this game is out there in the QL. The microtransactions are there, the way they're delivered is there, the general jank of the early access experience is right there all over the place. I saw maybe a couple of ideas that seemed interesting that I'm not sure whether they are in other games of the genre as well and a bunch of big turnoffs.

When (if) the game is out and gets Quick Looked I'll take a look at that, but my level of interest was near-zero to begin with and this video didn't move that needle either way.

I still think UPF beats some of the other Friday Premium shows we've had, but there are things that do throw me off at times.

For instance, there's a pattern of Drew going to the back to play a game he likes (normally either a bad, obscure PC game or a sim) and the guys zoning out on the couch and talking about random crap even if what's going on with Drew is actually weird or crazy or worth commenting on. I think it's probably because Drew is quieter and doesn't narrate as much, but even when he tries it's common for Jeff to speak over him about energy drinks or wrestling or other crap. After two seasons of Metal Gear Scanlon and finding out just how funny Drew can be when playing weird crap, this is a massive wasted opportunity.

The "I just got this from Steam" thing is a bit different, I think, because that's just hit or miss. It could be great, but often isn't. I think they assumed that because their "fallback games" sometimes ended up being funnier they could just jump straight to that, and it not always plays.

I honestly think that when they don't have a show ready to go on Friday it may work better to just run an episode of the Endurance Run-likes with the whole couch and go through a Metal Gear ep or a Mario Party ep. That said, I did like the Tetris show this week. Puyo Puyo Tetris looks great and I always like Battle.

Now the question is if that Metroid Prime Trilogy will force you to use the Remote and Nunchuck or allow the use of a sweet, sweet, pro controller. Sadly my guess is no.

The trilogy is great with the wii remote and nunchuck, the play fantastically coming from someone who hates motion controls

Agreed. I wanted to find a copy just because going back to 1 and 2 after playing 3 with motion controls felt like such a downgrade.

Hmmm... can the teenagers choose to pork while they're being hunted? I wonder if you'd put a mechanic like that in one of these slasher things. Maybe that's how you get stamina or points or whatever, but then the baddie can see you from far away? I mean, that's half the point anyway, right?

@humanity: I agree. To rescind my agreement into full disagreement, that is.