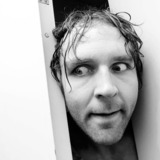 No Super Vanilla For Me.

Financially, it just seems right to not buy Super Street Fighter IV, so that's exactly what i'm doing. As much as i would like to learn and play, i feel as if it were wrong to play without a joystick, so the barrier is a bit high and ultimately just too expensive.

Instead, i decided to buy more songs for Rock Band, which isn't really a surprise anymore. I'm closing up to 500 songs and i'm still having as much as fun as i did when i first played the game 3 years ago. So much even that i am now trying to save up for an actual drumset, a cheap one to start. I'm thinking about The Best of The Who pack and maybe the rest of Green Day's 21st Century Breakdown just to get in tuned with the upcoming release.

Speaking of Green Day: Rock Band, i've been listening to their albums lately and damn, pre-American Idiot Green Day is just lovely. It's not that i have a problem with new Green Day, it's just that new Green Day suffers from being overplayed. But regardless of that fact, i am excited to play all of "Jesus Of Suburbia" and the rest of American Idiot on the drums. Tre Cool is a good punk drummer and after listening to Dookie and American Idiot, i noticed that he does have some interesting sounding fills.

Blogs Created:
1 blog
Most Commented blog:
No Super Vanilla For Me.
Total Comments on blogs:
1 comments