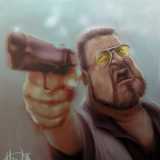 I've been following the crew since the gamespot days. Truly the end of an era. Good luck and Godspeed guys!

@clayton_bomb: I understand what you are saying and don't necessarily disagree. But here is the thing. Most PC gamers already have that stuff. For instance, all I need to do to have a system that well outperforms either of these consoles is to buy a 3080. That's it, nothing else. That's a difference in cost of $200 (for me in the US), not insignificant, but worth it to me.

If you are going to lump in the cost of every component you need for a PC, you also have to consider that to make full use of one of these new consoles you need a 4K HDR TV, a receiver, surround sound speakers, controllers, something to put all that shit on, blah, blah blah.

I assume that Bakalar is talking to people like me when he is saying "just buy a 3080", not people that would need to build a PC from the ground up.

I can't play any video on the site in chrome (works fine in edge). I click the play button but nothing happens. Eventually, the video playback area just goes dark. I can't even pick quality settings or anything. Live streams work fine, twitch and youtube work fine. Its just giant bomb videos in chrome.

@chummy8: It's probably not going to get much love in the poll, but it was one of my favorite games that year. The story is garbage, but the gameplay is good (if you like stealth/sniping). I would give the first level a shot since you already own it.

Sniper Elite 4 is such a good game. Sleeper hit of 2017. IIRC there is DLC that allows you to kill Hitler by dropping a submarine on him.

I've had an LG B7 OLED for a couple of years now and I couldn't be happier with it. The one possible drawback is cost. You can get a 4k tv for much cheaper, but for me, its WELL worth the money for how fantastic the image quality is.

I'm so happy right now. I will never accidentally cancel out of a menu ever again!

Got it. Thank you.

FYI its the one that slows time in the air.