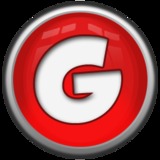 I'm Back... So a Quick Update on things

For all of you who read this little Blog that I love to write in here is a quick little update on things.

After 4 long excruciating weeks I finally have my Computer back and in absolutely superb form, I will be posting a"Finishing My Games" either Today or Monday so look out for that at some point. Over the 4 weeks I was off the Internet I picked up some great stuff which I will go into detail later on in my next post.

Finishing My Games #4 - Challenge of my Patience Edition

Hey Guys and Dolls, me again with another update.

So I picked up Transformers: War for Cybertron and honestly I kind of had some hopes for it but I have to say I kind of regret buying this one because at the most I should have rented it. I just finished the Decepticon Campaign and have just moved onto the Autobot Campaign which is OK to say the least. My main gripes with this Game are basically that the Levels looks exactly the same and have almost no imagination at all, the Transformations look kinda awful at times and the frame rate just collapses when there is anything crazy going on which considering that there are giant fucking robots fighting each other every 5-10 minutes means it's bad most of the time. But being the "hardcore" Gamer I am I will plough on through and finish it and maybe trade it in for Demons Souls which just got released over here.

I was going to go for the Platinum in God of War but I have just about given up due mainly to the Challenge of the Gods, I have tried about 10 times and can only manage to get to Challenge room 8, I FUCKING HATE MEDUSA'S! - Currently sitting at 31 / 26 Trophies with a 78% Trophy Progress Rate

And I am closing in on the Platinum for Ratchet and Clank: A Crack in Time which may turn out to be my favourite platformer of this Generation, so many things about that Game are so awesome! - Currently sitting at 32 / 37 Trophies with a 77% Trophy Progress Rate

So Yeah..... what else have I been playing? oh Yes, ModNation Racers which is absolutely brilliant and probably better than Mario Kart Wii in my own personal opinion. I love all the customization that the developers [United Front Games] have given the player, I created loads of really cool stuff that I am really proud of. If you want to go look at some of my stuff you can by searching for my PSN ID which is "AgathonSpear" - Currently sitting at 14 / 48 Trophies with a 20% Trophy Progress Rate

I also played some of The Chronicles of Riddick: Assault on Dark Athena which I absolutely love... in terms of concept but something about the Gameplay just turns me off it... OH YES I KNOW WHY, ITS BECAUSE ITS SO FUCKING HARD!!! AND THE DIFFICULTY JUST SPIKES IN CERTAIN SPOTS, but like seriously... the amount of praise I have heard about this Game praising its visuals, which are gorgeous by the way, made me think I was in for the ride of my life but actually I was in for a Game with Xzibit in it... UGH! - Currently sitting at 3 / 51 Trophies with a 4% Trophy Progress Rate

Anyway that's all I have been playing lately, also if you have played any Demons Souls please share some of your experiences and don't be afraid to go into detail about how you died constantly...

So Yeah I am back and after a long hiatus mainly due to me finishing up a ton of College work.

Mainly this is just a post to say I'm back and I will try to post a regular basis from now on since I am on Summer vacation.

So onto what I have been playing since I finished up College for the Year, first off is Red Dead Redemption and all I can say at the minute is that I like that Game but I don't love it and after getting the Ending spoiled for me by some idiot on one of Jeff's Streams I can honestly say that I will never play that Game again. I'll maybe trade it in for Transformers: War for Cybertron when that get's released over here on the 22nd (by the way all you lucky Xbox users can grab the Multiplayer Demo now, but as always, Gold Members only!)

And I recently vowed that Red Dead would be that last Game I play on the Xbox and since I don't plan on playing it any time in the near future I am done with the Xbox for good and I am now a full time Playstation 3 player and before you start calling me a Fanboy all I can say is, I don't give a damn what you think.

The World Cup has started and I recently went and gave 2010 FIFA World Cup South Africa a rental and I can honestly say that is FIFA 10 with International Teams which is in no way a bad thing seeing as FIFA 10 is the greatest Football Game ever made in my own personal opinion, also I will not be going after the Platinum in that Game as most of the Trophies are stupid hard.

So that's basically all I have been playing guys...

Why do bad Games have to have such easy Trophies/Achievements, it really bugs the hell outta me like for instance I rented Iron Man 2 Today for PS3 to obviously try and go for the Platinum in it but I am having a hard time doing so because it is such a terrible Game. But I remember reading a Blog entry which I can't really recall the person who wrote it said that we all need to play bad games once in a while and I can honestly agree because it makes you respect great Games like Mass Effect 2, Batman: Arkham Asylum even more when you play them.

I got the lend of X-Men Origins: Wolverine from a friend the other Day who said it was a pretty easy Platinum to get and so far I am remotely enjoying it for what it is (a kind of poor mans God of War) but then again the X-Men universe never really appealed to me - Currently sitting at 24 / 51 Trophies with a 37% Trophy Progress Rate

Before I even started any of this Blog entry stuff I finished Ratchet and Clank: A Crack in time and being such a big Ratchet fan I found this to the best in the series and I am also going after the Platinum in this which I hope to have sooner rather than later - Currently sitting at 29 / 37 Trophies with a 68% Trophy Progress Rate

So Yeah that's pretty much all I have been playing so until my next time lads!

Finishing My Games #1 - Just Cause 2 Edition

So Yeah this is a new thing I wanna start doing because I love you all Giant Bomb users and I thought I would wanna express to everyone the Games I have been playing over the past few days and really the inspiration came from a fellow Giant Bomb user IceColdGamer who does a Blog Entry called "Finishing Our Games" so out of sheer Genius on my part I thought I would PM him and say could I use his tag-line from his Blog and being the kind fellow he is he generously allowed me to do so, so without further shenanigans here we go... Entry 1!!!

So at the current moment in Time I recently got God of War: Collection as it came out over here in Europe and honestly I have played a God of War Game before but OH MY GOD this Game kicks ass, in my opinion the first Game is way ahead of its time in sheer size and scope but before I started playing God of War I was playing Just Cause 2 which is a really fun Game but seeing as I have put about 40 hours or so into it and of course finishing the Campaign I do not want to play any more Just Cause 2 mainly down to the fact that I have become seriously bored of it and plus the Map is just way to daunting for me to even consider going after the Platinum in that Game (Yes I got the PS3 version) but as soon as Red Dead: Redemption comes out it will be getting a trade in so it can go towards getting Red Dead.

I really need to get some new Platinums....

So Yeah hope you all liked the first entry, until next time!

A New Blog means something... right?

Don't worry moderators I am not Quest Spamming I assure you

So Yeah I was there since the Gamespot Days and I my heart sank when I got news of Jeff's harsh dismissal (what did you guys think happened?!?!?) and do think all the rumours are true of that he got fired because of fucking Kane and Lynch and ever since I have never been on Gamespot because of the mess they made concerning all that happened there because of it so naturally I was more than glad that Jeff and Ryan came together with Whiskey Media and started this site. When Vinny and Brad joined I was even more ecstatic about the whole thing.

So time to get the pleasantries out of the way, My Name is Gary I live in Ireland and please don't be picturing me with a little green cap and have ginger hair and swigging a pint of Guinness every so often because really I don't drink a whole lot only after dinner.................... so em Yeah! I am an Irish Gamer, TAKE THAT SOCIETY! I am currently a student in College doing a diploma in I.T and will soon be moving onto University to do Media Design which I am very much looking forward too. I am a very big Trophy/Achievement Whore but recently I have come off the whole Achievements thing because Microsoft have fucked me over one time too many as my Xbox broke for the 6th time and I have had it up to HERE! with my dumb 360 breaking all the time so at Christmas I was presented with a beautiful Playstation 3 Slim 250GB which I currently do most of my Gaming on now and where most of my whoring goes on...

So anyway with a poor choice of words we press on!

If you wanna keep checking out this new Blog then by all means please follow me here and on Twitter if you wanna go about it that way as well, you can look forward to many things from this Blog such as impressions on Games and updates on my Trophy whoring and maybe some Achievement whoring because YES I KNOW CONTRADICTING MYSELF here but I am getting the old white box of death fixed because Red Dead: Redemption is coming out and I wanna play Multiplayer with my good friends.

Plus I'll update on some other random stuff as I see fit so until next time folks I shall see you later!