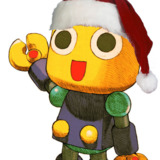 Mass Effect 3 is not that bad. Admit it.

What people mostly get hung up on (including me) is that it was promised to have vastly different stories and endings. After that expectation, the ending was very underwhelming.

The game before that ending was pretty good I thought.

What about him? Is he a disliked character and I missed all that back in the day? Or vice versa?

To be honest, I completely forgot he was even a thing in the game before you mentioned his name.

I can`t speak for others, but I despised Kai Leng. He is such a lame edgelord, but the game thinks he is super cool and wants you to view him as a serious threat.

The ending of the game is terrible and seems to be the thing people remember and talk about, but I think the main story of that game also had some other writing problems like Kai Leng and the dream sequences.

That said there was also some really great writing in that game and it was fun to play and I did really like it a lot.

Maybe my issues with it get covered in the Citadel DLC, I never touched it or watched it. I was so anger about the mess of an ending I couldn't bring myself to go back too it given

If you like Mass Effect at all you should really check out the Citadel DLC. It`s absolutely fantastic and is a really great sendoff to the trilogy and the characters. It`s probably my favorite piece of Mass Effect content and every time I play it it leaves me with a huge smile on my face.

and yes, i will always be for defending women and people in minority groups who are "rude" when their livelihoods and very existence are being questioned and threatened. to ignore the history and power dynamics in play in circumstances like this one is being naive at the very best.

This I can agree with in general, but in this specific case, that's not the circumstance.

The person that you're implying was threatening and questioning Price's livelihood was also someone that has repeatedly praised her, this being an example. It's not reasonable to me to assume that he was trying to be condescending once you're aware of that fact.

While I sympathize with Price for thinking that comment was meant to be confrontational due to her ample previous experience with other comments that no doubt were, it was mistaken a perception this time. Reading her final twitter comments on this whole thing, it seems like Price has also noted that her response was based on her perception, not his intention.

Bottom line, this situation is too complicated to draw just one line in the sand and call it a day.

Thanks for sharing the video. I already didn`t care for how some people were trying to paint Deroir as a villain, but now those comments and articles seem really gross.

Maybe the thing I find the most frustrating about the internet is how it seems to so many debates into a black and white situation where no nuance is welcomed (both in forum and comment sections and in articles and podcasts from professional outlets). Any attempt at trying to bring complexity into a discussion will either lead to you getting lumped into on of the two camps or getting accused of just saying "both sides are equally bad". It`s an attitude that makes it incredible hard to have a constructive conversation.

Phil Spencer is always the highlight of these night interviews. He just seems like such a genuine and cool guy.

And here we have a typical Kingdom Hearts fan in their element.

God forbid someone like a thing that's really popular and get sick of literally all of games people feel like they need to prove how cool they are by saying how uninterested they are in it. It's been old for a while.

But I guess I'm just adding more fuel to the fire here, so, whatever. I'm largely used to it at this point.

I don`t think a video series built around not paying attention to the game and the joke of how no one wants to be there can really be called giving the game a fair shot.

This is great news!

I was not expecting English voice acting, but I suppose it makes sense. This isn't Japan.

Although I am glad it will have dual-audio. Normally I would just stick to English, but Kiryu's VA as the main character sure is tempting.

The reason I found the English voice acting surprising is because that means they have actually put some money into this localization.

Happy about everything except that name change. "Dancing Star Night" was so goofy and lazy I loved it! It was perfect! This name not as good, but still.

I kinda love how the new title sounds like what somebody misheard the original title.

"What did you say it was called? Dancing Starlight?"

If only this game came when I had any faith at all in CA's ability to produce a fun, mechanically sound game. Hell I don't even trust them to produce a game that works on the most fundamental of levels these days.

I thought Warhammer 1 and 2 were exceptional, And I had little to no technical issues with them.

I totally agree. I think Warhammer 1 and 2 are the best games they have done both on a gameplay and a technical level.

@odinsmana: If you haven't listened yet or to anyone else who hasn't, this is what they said:

Dan: "I don't think the internet makes big things out of non things. That doesn't happen."

To that, I'll say that I don't think most of the people critiquing the presentation of this feature are saying it's not light hearted. I don't know, the last thing I'll say and maybe the worst thing I can say, is that the whole thing just struck me as very naive. I'll leave it at that.

A bit of an aside: What else are they going to play on this feature? Bishock: Infinite? *cough* That probably has the most accurate representation of American history in a video game *cough*. (I'm being a bit facetious with that last comment. Oh god, don't kill me!)

Thanks for getting me up to speed!

I don`t have a big problem with this feature, but it does seem a bit poorly thought out and I get why people dislike it.

I do think saying that you shouldn`t take it seriously because it`s meant to be lighthearted is a pretty terrible argument though and it reminds me of when people say "it`s just a video game, chill out" when people have a serious discussion about or criticize videogames and things related to them.

To use an extreme example I think it`s a bit like someone making a lighthearted racist joke and then getting annoyed when people are critiquing them and they answer "it was just a joke, stop being so serious". I obviously don`t think Dan or Abby are racist or anything horrible like that, but I do think that if you make content involving offensive or controversial topics it`s fair for people to have serious discussions about it if they think you handled it poorly even though the content you made was lighthearted.

Abby's reaction to this comment section on this weeks Beastcast cracked me up.

I haven`t gotten around to this weeks Beascast yet. What was her reaction?

@fngbomber: as someone who is not american, you are right the american patriotism is such a strange phenomenon to me. Singing the national anthem at every sports game, always talking about the military, and the amount of hatred and vitroil that is sent to anyone who doesnt participate in these activities i.e colin kaepernick among others. It is all so wild to me.

As another non-american (Norwegian to be specific) I have also always found American patriotism to be kinda strange and a bit off putting. The weirdest and most extreme example for me has always been kids reciting the pledge of allegiance in schools which has always felt a bit "cultish".

@master_funk: the national anthem is a thing but the idea that the entire country is composed of gun nuts and hoo-rah jarheads waiting to turn 18 so they can enlist is really generalizing the situation.

I can`t speak for master_funk, but what they might have been trying to say is not that every American loves guns and wants to join the military, but just that Americans in general seem to have more of a reverence (I don`t know if this is the right word for it) for soldiers and the military than here in Norway at least.