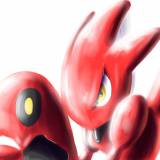 Even if they do change their policies, the change will be attributed to sony. If microsoft backed out of their policies that would only give sony more applause

"The company that humbled Microsoft"

A large rise in the price of live gold, mark my words.

The price is going up and its now only 12 hours offline. You heard it here first.

Isn't it expected? Pretty similar to the ds and PS2 (rip) situation. The huge install base means it can't be ignored. Hell, games that are on 360 and xbox one will sell more on 360. I'd prefer if they dropped it and allowed developers to focus on the 'next big thing'. But i'm sure some will be glad they can play GTAV on their 360

The whole "if you don't want to play always online, get a 360" is a turkey slap to consumers and (I don't think) is related to them supporting the console. It's pretty shitty that instead of 'fixing' what consumers had issues with, we're told to buy the previous version.

Instead of, you know, allowing backward compatibility? That's retarded.

So...instead of enabling the people who have a 360 & games. Let's pack in a 360 into xbox one and drive up the price of every single console. ggwp

It would cut down on entertainment center real estate (and presumably make booting up a 360 game significantly faster, I can't imagine you can skip the wonderful 360 startup time without some form of backward compatibility on the new console).

Furthermore, I can't find any place that says if the console will have more than one (heh) HDMI-in, so you'd be losing a lot of the TV functionality they touted as the way of the future. I don't know for sure though. I don't know how the system works (and frankly, I'm not too interested in finding out).

Instead of, you know, allowing backward compatibility? That's retarded.

So...instead of enabling the people who have a 360 & games. Let's pack in a 360 into xbox one and drive up the price of every single console.

Thank God, switching out cables for the once a year I want to play last-gen games is such a pain in the ass.

Fuck me, you guys sure do love to complain. Maybe you'll play more 360 games now? Here's the thing, you're not forced to route your cables through a 360, it's optional. Most of the bashing has been deserved thus far, but I can't grasp why people complain about having options.

In console ports to PC, FOV is important because the games are usually developed for people sitting across the living room from a TV. When I'm right up next to my monitor, I sometimes get motion-sick from the close-in perspective. Being able to widen the FOV fixes that.

Aside from that, I've become accustomed to a pretty wide field of view from playing PC shooters over the years and anything less than ~85 horizontal FOV looks weird to me.

I was just thinking of buying a monitor for my xbox 360. Do you guys reckon I shouldn't bother because of the unadjustable FOV? I'll be playing from a desk, like a pc.

I'm not going to let greed kill me. 0 boxes.

So you're not going to risk your life to help thousands of less fortunate people? Yo...that's pretty selfish

Hypothetically if the bomb did not kill me and instead blew my arms off. Than I could just use the money to buy a new set of robot arms.

will you have enough money for the dog tag though?

@ogred: Running with a rumor and treating it as fact makes you look like an idiot. If that's your thing, I'm not going to stop you. Luckily for you there is a video three posts above mine that will save you the trouble.

The whole point of the post was to stop more people jumping on this as fact and unfairly maligning Microsoft. I'd do the same for Sony or Nintendo. I have to ask myself why, because I don't even play consoles. Anyway, I don't have any problem with people airing their grievances as long as they are real. I'm just tired of seeing so much stuff on the internet essentially saying that Microsoft is literally Hitler. I don't care. Let's get back to talking about games.

how dare you! not being hive mind! makes you the enemy!....shits so fucked out, and I'm with you

I <3 how people throw around the words 'hive-mind' & 'witch-hunt'. You don't feel people have legitimate reasons to dislike the xbox one? Notice how the majority of people prefer the ps4 and aren't referred to as a 'hive-mind'. There are reasons why people hive together. And it's not because they enjoying bashing a faceless corporation.

Anyone trolling the almighty deity that is SOE this shit? ya....

Now why wouldn't that be?...maybe because none of this applies to sony's console. With the ps4, I do not have to install my games to the system & I do not have to check in periodically to psn. You see how, even if i'm banned on the ps4 I can walk away with my games and play them on another console? Pretty shitty when people dismiss legitimate arguments as 'rabid fanboy crap'.

probably weren't the most accurate with this type of stuff. But I still expected a ban from xbox live would prevent you from doing 24hr authentication. I guess microsoft didn't fuck that up. Next time, i'll give them the benefit of the doubt, provided they don't f up for 2 weeks leading up to it