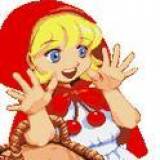 So old school that I spell it correctly.

My favourite genres are RPG, strategy (TBS) and simulation (not Sims though).

I love playing games with my 2 daughters (13 and 15) and indoctrinated them with Pokemon when they were just 4 years old.  We haven't stopped playing since.