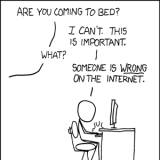 my advice would be to not, spend money on armor. I recently finished the game and found the back half to be pretty boring since the high tier armor basically makes you invulnerable.

also don't be afraid to spend money on random shit like bribes, food and books. You will likely be carrying large sums of money, with nothing to buy in the later parts of the game. I personally ended the game with about 12k and nothing to spend it on.

i really like it, im about 75 hours in atm, and the pay to win thing hasnt really been an issue for me.

the proggression system is pretty bad, but the gameplay is fun and well its basically bf1, but with bigger maps!

just watched the warcraft movie. It's a pretty simple "themepark" film and like the mmo, it doesn't necessarily challenge you too much, but i thought it was entirely entertaining all the way through!

Coming out of it i had this urge to play the warcraft games or at least read up on the lore. As the movie does the thing, where a lot names are said with a weird emphasis, to highlight that i should know who this character is, and how much im missing out because im so out of touch. And it does some weirdly fetishistic landscape pans, as if to say, "remember this place? yeah we play wow too!". The movie is quite gorgeous to their defense though.

But i also felt like it connected to my gamer brain in a unique kind of way. I went away from the movie thinking they balanced the mage character quite well, which is weird for a film, so for doing something you might think impossible and for entertaining me the whole ride through. 4/5

Ps. i've played the campaign in warcraft 3, and just enough of the mmo to know how cool it is when they show someone flying into stormwind.

the digital only future will be a long time coming, and thankfully so! Even in the most developed cities(internet infrastructure wise), there are things such as bandwith caps and sluggish internet speeds, weird pre-loading issues, and service downtime on the ISP and entertainment provider side.

But consumer rights are also, way worse when it comes to digital, especially in the states. And it can't be that long till it spreads to the eu aswell with things similar to ACTA, or maybe TTIP.

Another point is the growing middle class in developing parts of the world, im sure there are still many ripe markets for ye ole bricks and mortar stores to harvest, even if it isn't gamestop.

are you saying he played them like a fiddle?

So i just started playing and the customization stuff you get to do didn't seem to stick. this happen to anyone else? did i fuck up and need to start over or do i just have to wait till a later point?

@outerabiz: Well, it's available for purchase on PSN right now, if you don't really care about the extra stuff or you could wait until the morning and get a day-1 edition somewhere. That probably has some of that extra stuff and will probably be cheaper than digital version

ah great thanks, cost me another 40kr. but at least i dont have to download it again

fucking great, anyway to fix this?

when is it supposed to open up? i downloaded the game and the countdown is gone but i still cant play it.

I wasn't expecting giantbomb to be linking to Adam Curtis documentaries, and yet here we are.

Everybody watch all the Adam Curtis documentaries.

A documentarty, about Ayn Rand and Alan Greenspan, sounds disturbing as all hell.