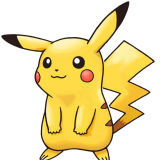 The life of a gamer

Gaming is a lifestyle. People that play games acquire it as a lifestyle and there's nothing that could stop it for being a lifestyle to people. Some people that smoke say to gamers that to quit smoking is as hard as to quit gaming. But smoking is something you do, something you're sticked to. Gaming is a lifestyle. Im not saying it is life, but it is something that you love. Gamers like you and me like video games. Video games might be for people that enjoy it, simply and want to spend their life on it. But for some children or just adults, if they get made fun of, feel bad, get bullied, they want to play video games to feel that they are something that is accepted and something that they are not and want to be. Many like different genres of gaming. Some are ''hardcore'' gamers which goes for example for the evil ending in video games, they playthrough every game many times on, for example, CoD, they playthrough Veteran to get the achievement. And if they're is a different ending-game, they playthrough to get every ending. Its a stereotype and is for some bullshit, but to some its true. Some call themselves Hardcore gamers and they're will absolutely be some people that say: ''Get the fuck out, nerd!'' and alike. Then they are Softcore gamers, which always go with normal difficulty, *SPOILER OF HITMAN BLOOD MONEY* choose the, for example, Agent 47 dies in the funeral ending because they don't have the ''guts'' or the ''skill'' to shoot everyone.*SPOILER OF HITMAN BLOOD MONEY*. It's still a stereotype, but to some its true. Some people like shooters, some like RPG's, some like sport games, some like adventure games, there are more than 50 genres to choose that you like best, so be yourself.

Hello, duders. I am going to review the Xbox 360 on every possible detail and what i think of it.

Does it hold?
---------------------
NO, IT DOES NOT. Remember back in the day...you played your NES right after school, you had superfun, nothing crashed, no errors or anything. Now, like 30 years later, its not like that. All the systems break easily expect the handhold systems like PSP or Nintendo DS, but the Xbox 360 IS THE WORST! This is what happened to me. I got a 360 for Christmas in 2008 + Guitar Hero 3: Warriors of Rock. Everything worked fine. Then 2 years later, it broke. I got home from work, thinking i was gonna play some Dead Rising 2, but then the RROD comes up. I get frustrated like shit, trying to repair it myself, doesn't work. So after about a few hours of trying to get it to work, i decide to get it to repair. It takes about 2 weeks to repair that rusty piece of shit, and then i get it back, go home, play Call of Duty Black Ops. One week later, BROKE. RROD again. I call Microsoft and say: ''Seriously, i got a Xbox 360 and it broke. I got it repaired, and it doesn't work. Seriously, if you don't give me another fucking Xbox 360, i'll break my fucking Xbox 360, and destroy Microsoft's headquarters!'' I apologized for my behaviour and begged nicely if they could send a new one, a Slim. They did, and i got my Xbox 360 next to me right now. So no, it DOES NOT HOLD.

Is it good?
------------------
Yes, its good. It's many Only for Xbox 360 games like Halo:Reach. Most of the good games nowadays are also available for the 360. There are also games that are well received but are not to the 360, like Heavy Rain. The quality is better on the 360 than on the PS3, Playstation Home sucks ass, while the 360 network is way better to me. More customizable, more fun, and less buggy. I know a friend of mine which has PS3 and he has a Playstation Home character, and PS Home is super buggy. There has been many complaints that its too buggy, the others don't load properly they're just completely blank. A few MB downloads can take forever and the cinema freezes all the time! AND I HATE FUCKING TESTER! And my friend never played PS Home again.Oh, lets not get to into PS3. Xbox 360 has an amazing customizable avatar, you can have your avatar as a player in GH, which is awesome. Gamerpoints are much simpler than trophies, because then the other guy or the player can see how many points you have instead of trophies, which is more confusing to me. So yes, its good.

Is the design good?
------------------------------
It's decent. Whenever you look at the Xbox 360, it looks good....whenever you look at PS3 you come back to the old buggy PS1 and it looks exactly the same as the other Playstations, it hasn't changed. If you look at the Xbox and the Xbox 360, you cant say the look hasn't changed, because it REALLY has. I like some variation, so thats good. The design isn't important, but whenever you gonna play your Xbox instead of the 360, you need to unplug some cords and shit, which is really annoying, i guess you could buy some more adaptors, but DAMN! The slim which i have, is a touch turn-on button and a touch disc eject button. Its annoying, because when i play a game and fell on the top of the Xbox 360 to fell if its warm, i end up ejecting the disc and starting the shit all over again. Annoying shit. So yeah, the design is decent, easy to understand.

XBOX 360:
Good:
1. Great games.
2.Great graphics.
3.The sound it makes on the Slim when you turn it on :D
4.Kinect.
5.Elite holds better than the original Xbox 360.
6.Great online network, i love Xbox Live, avatars are awesome.

Bad:
1. It gets warm quickly. After 5 minutes of playing it can be halfway to warm.
2.The Slim has a touch turn on button and a touch cd eject button, so i always turn off the 360 by accident.
3.You always have to unplug some cords and stuff when you wanna play another system. You have to pull out an adaptor and put in another at times, pull that cord out and stuff.

PS3:
Good:
1.Good games for only PS3 such as INFamous, and Demon's Souls, and okay graphics.
2.Exciting gameplay.