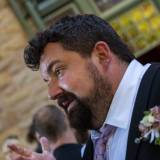 Just another day in paradise!

Whoo fun times at work, I love it when the Blue Angels fly over while I am working on a table saw cutting wood. But I came home with all 10. So after E3 is finally over I think there are a couple games I am looking forward to:

That's my top 6 for now, there are others that I would like to get but waiting for a bargin price for before I get them:
Ok, now on to next weeks game releases for the week of July 29.

Now for DVD and Blu-ray releases for the week of July 29.

Well that seems all for today, check back later for more. See ya.