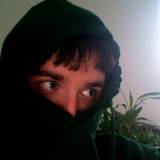 Over the Thanksgiving break, I decided to switch things up from grinding my Siren away in Borderlands 2, busting out some PS2 games I've been meaning to play for a long, long time. I happily speeded my way through Ratchet & Clank: Size Matters--and have been updating its wiki like a fiend because of this--and attempted to play Hitman: Blood Money again, but the control scheme for the PS2 version is absolutely boggling. Or just not user-friendly. I mean, you have to hold the square button to bring up the inventory menu and continue holding it to explore the items you can use. This makes me not want to ever open the inventory menu. Also, can't seem to throw coins properly. Wah.

More excitingly, I dropped back into Suikoden III. Now, I originally stopped playing this JRPG from 2002 because I ran into a constant loading problem during one of the main character's opening acts, where it would just hang up during the transition from one cutscene to the next. I suspect this stems from a slight scratch on the game's disc, and this is what I get for buying used, I guess. It's frustrating, but ever hopeful and full of prayer, I decided to try something: when the game got stuck on a "now loading" screen, I simply opened the tray disc, took the disc out, gave it a wipe on my pants, and put it back in. Magically, this worked. And so I was able to explore more of the Grasslands region and level up a bit. It's still a fun time, though I have a long way to go until I get a castle I can call my own--truly, that's where the fun starts, collecting people for your army and watching your headquarters expand as they sign up.

There's a whole bunch of strange dialogue throughout the game, with localization not at fault. This stuff is simply absurd. I plan to document some of it. Here's a good one:

Now take a minute to read what Mamie says while also realizing that we're hanging out in Duck Village, a home of duck-people. Um, yeah.