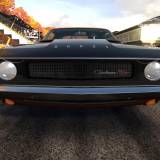 Ugggh another example of why we are to fucking reliant on lawyers on this country. Reminds me of the lady who burnt her mouth at Mcdonalds for drinking fucking hot coffee....AND WINNING!

that woman suffered 3rd degree burns to her pelvic area and had to have skin grafts. i'm not defending the people who sued gamestop, but this is a a great example of people without all the facts playing jury and wagging their finger, and a bad example for over litigiousness in american culture.

@mfpantst: no need to get snooty, see you next thursday. :-\

most event type stuff is to go through and be run by Pseg. i also think we might be chilling out a bit on the events for a while and just enjoying race night as usual.

feeling much better now, all ready for tonight. vroom vroom!

on a side note, Senna is on blu ray this week and y'all should buy it.

hey guys. i'm sorry i haven't been around much. it's been... pretty hectic around here and thursday nights are always so busy i end up plopping into bed and passing out well before 10:30. i'll try really hard to make it on when i can. i feel awful for missing out on so many weeks.

heeeey i have Gold again. see you guys thursday.

What if the moon was made of spare ribs, would you eat it?

hahaha, oh but for the days when Will Farrell was making good comedy.

Anyway, this question is stupid. and what's worse is i think you know it's stupid. it's one of those questions that people who want to seem "deep" ask because they're just really really really not interesting at all as people. but beyond that, it's stupid because it's completely meaningless. what precisely is hell? can you quantify it? i would posit that whatever i ask you to place within the context of hell can be reasonably described as hell by your merits. hell is a fairy tale, it's a mythical place whose description, context and severity of suffering as a punitive measure are entirely up in the air and open for interpretation.

if you truly do believe that we could be living in hell right now, i'd advise you to get a little perspective. we live in a utopia compared to what the world was like just 1000 years ago. 1000 years is nothing. it's less than the blink of an eye in the context of life on earth and a joke in the context of the universe. the concept of hell has been around for about 4,000-10,000 years in one form or another. it serves as nothing more than a kind of punitive cautionary tale. "if you're bad, you'll go to a bad place. so don't be an ass hole or else."