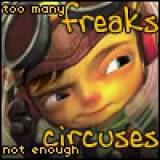 I know i could look it up on the inter-webs, but i wanted a more personal answer from some fans of the genre.

@TheHumanDove: I dont hate the game. Just the story bugged me.

@Lebensbaum: I caught that it was going for a more realistic angle. I actually played this after playing the first Max Payne and it just seems somewhat unsettling not to have him in his usual Noir setting. But Rockstar went that angle and i can appreciate going for something different then doing the same thing the first two games did.

@Klei: The first time i chuckled at one of his commentary's was half way though the game, he just seemed to be lacking something that he did before. He was just commenting on the economy of Brazil, how the rich drown themselves in booze to forget there worries and the poor do desperate things to get by. All while max is saying how he feels like he wants to die and constantly remarks on how nothing he does will make a difference, just adding to an endless chain of bullets and dead bodies. But by the end he just learns that some things have a bigger obstacle that he cant over come but he can atleast get solace over breaking some rich megalomaniacs leg. So i think i did listen. He even commented every time he picked up a painkillers in a strange location, which is nice.

also i wasnt disappointed by the game, just a bit in the "story". The game overall is remarkably good, mixing enough elements from new and old games to be a good shooter.

@teh_destroyer: True, james is still a great narrator after all these years.

@Veektarius: On reflection you seem to be right. I was just trying be a bit optimistic and when i see overly gritty i try to think of how they could lighten it up, i guess when i meant depressing i meant more that it was depressing for me. But yeah, it been years and it time for max to stop flying though the air and relax. To quote a old cop "He's getting to old for this shit"

You remember that one scene where you hold up a guy to get into building. You drag him all the way outside and to the door and some random heavy accented mobster ask's "What the password" and the poor sap with a fully loaded barrel to his head responds "John Woo". Providing you know john woo and know his wanted speed of jumpin and gunnin. The congratulations your apart of an Inn joke. Something few people know unless they've heard of or no know from other material that's confusing to anyone hasn't watched Hard Boiled or The Matrix.

Then probably also remember a time when max wasn't constantly remarking on how much his life sucks. Granted if i found my infant daughter and wiife murderd by drug induced murders, i would have a pretty bleak look on life myself. But even though you followed a trail of blood to the background noise of a crying infant while in a drug induced catatonic state, at least then you didn't feel like it was thrown in your face every five minutes.

Of course i'm subtly referring to the story of Max Payne 3. A good shooter with interesting locales and a surprisingly fun multiplayer. But has our favorite expositioning Ex-NYPD officer feeling really bad about himself and blaming himself for killing everyone he knows. Though it hard to disagree when he's really good at it.

In previous games he was always atleast having some sort of joke to crack about the situations he goes though, clamming the sadness of his tragedy though humor. But though there are moments of that, they feel far apart and more observational then witty. The man always seemed to have a half decent outlook despite his loss. That kept him sane and nicely sober, but somewhere between 2 and 3, apparently his greif caught up to him and that turned into him into a heavy drinker. Maybe this turn to more realistic effects to was Rockstars take on Payne's past. But even then it seems a bit much when he cant even take control of a situation when he's done this dozen's of times with success, despite the body count.

Max Payne was never really a realistic game. Though for some reason Rockstar wanted to throw max into Brazil and make him look like the guy from Breaking Bad. At first i was for the change local and character design. After seeing gone for so long i was just happy to the old slow motion series again, but like an ex girlfriend you see she's changed so much that you hardly recognized her. Same game but with a change of paint.

But even though its differnt i still enjoyed the game itself. They kept the painkiller health system, the office level is cool, and like i said before the multiplayer was actually fun. Its a good game i would recommend.