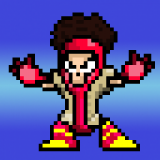 I cannot think of today without remembering two people. Though I never would have guessed it, and I’m not sure they ever actually met, I’ll always think of Ryan Davis and my father in the same breath.

When moving long distance, companies calculate by weight, as more weight means more fuel. I’d only paid $250 for my Neo Geo cabinet. Though it pained me to do so, I couldn’t justify spending twice as much to bring it to Chicago. So I gave it the only home that truly made sense.

Handing over my mechanical pride and joy was the last time I saw Ryan. He was giddy. After the machine was loaded up, I gave him a hug. Then, he was gone. I was heartbroken about the whole thing, and not just because of the arcade cabinet. Ryan was getting married, and I had to miss the event because I’d made a commitment to move before the first anniversary of my father’s passing.

I don’t regret the decision—how could I have known?—but you always regret not having one more goodbye, one more beer. The curse of those asked to keep going, knowing what could have been.

The drive was California to Wisconsin, to our family lake house. Our family and close friends were gathering to mourn the first anniversary of my father’s passing. A whole god damn year. Now, a whole god damn two years. Despite our best efforts, time marches on.

On the evening of July 3, 2013, I was exhausted. Emotionally drained and tipsy, we were waiting for my brother to show up. He wanted to be around earlier, but he was attending night classes. Finishing school was terribly important to my father, so the best tribute my brother could have given to him was to attend that class. Hanging on our porch, beer bottles everywhere, I received a text message.

I could not fathom why Vinny would be texting me, especially to ask if he could call me. Maybe everyone had gotten together, had too many beers, and wanted to say hi? I’d only left a week or so before, so while the timing was odd, the sentiment seemed touching. But I told him I wasn’t available—it was a bad day. He insisted, though, so I found the only spot with decent cell coverage, and called Vinny back. When he told me Ryan had passed, all I could do was laugh at him.

This had to be a joke. The same day as my dad? Are you fucking kidding me, cosmos? In some ways, I consider it Ryan’s last prank. This way, there’s no way I can ever forget him.

People tell you the hardest moments after a close one passes are the milestones. Birthdays, holidays, things like that. I’ve never had a problem with those. Those come and go. It’s the little stuff that knocks the wind out of you, and reminds you how much has been lost. It’s walking past the last restaurant in San Francisco where I had dinner with my father. It’s accidentally scrolling to Ryan’s cell phone number in my phone. it’s talking about having children, and knowing my father will never meet them. It’s booking a crazy guest for E3, and not having Ryan to high-five at the desk next to me. It’s wearing my father’s wedding ring, knowing he’s not.

People also tell you it gets better with time, and they’re right. I don’t like the reason why, though.

It’s natural. We don’t see them anymore. We don’t make new memories, we mine old ones. But I don’t like knowing it’s getting easier because there’s less of them. The burden of memories weighs heavy.

Ryan loved life, and so did my dad. There was a four-hour line out of the funeral home when we held my dad’s wake. It might as well have been that long on Twitter. I can only hope to live a life that touches as many people as those two did. If I do a fraction of what they did, I’ll be happy.