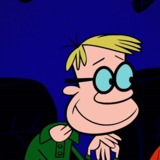 There is no shortage of stories about vampires; they all have their own guidelines on what does and does not destroy these creatures who consume human blood to survive. A wooden stake to the heart is a standard method of slaying vampires, as is decapitation. Still, depending on the author, their weaknesses can also include holy symbols, silver, garlic, and sunlight.

Yet the Castlevania series began with a hero who wields a whip as his primary weapon against the forces of darkness. Later games create a legendary legacy for the Belmont family heirloom, but Simon and Trevor are just cracking a leather whip in the initial run. Each game includes its upgrade system wherein the whip transforms into a more significant, better weapon—most notably in Castlevania II, where Simon can purchase better equipment. Who needs ancestral hand-me-downs when you can buy a morning star and light it on fire?

On Halloween 1991, Castlevania leapt into the 16-bit era, and the star of the game was Simon Belmont's whip. Yes, there are all-new graphics and sounds, but the most significant change in this series entry is a complete overhaul for the so-called Vampire Killer. In the previous Castlevania games, regardless of which Belmont held the whip, their attacks were slow and had a finite, horizontal hitbox. Therefore, choosing the right sub-weapon is essential, as many boss battles come down to offensive speed and reach.

In this new adventure, a remake of the original 1986 Famicom game, Simon takes a new, much more flexible approach to fighting Count Dracula and his minions. His trusty whip is still his primary weapon, but he can now crack it in eight cardinal directions. Better still, he can continue manipulating the whip after the initial swing and loosely flail it to his heart's content. Of course, a limp whip doesn't pack the same punch as a fully-cracked whip, but the Vampire Killer deals contact damage to enemies and can block many small projectiles even in its flaccid state.

In addition to his newfound whip dexterity, Simon himself is also more mobile than ever before. Instead of a fixed jump, he can change direction while airborne and even leap onto a staircase (though not off of one). In addition, his whip enables him to swing from select grappling points, affording him even more aerial agility. Finally, on the ground, Simon can shuffle in a crouched position, a necessary manoeuvre to enter specific tight spaces in Dracula's castle.

With these new and improved movements and offensive skills, Castlevania's first 16-bit outing controls like a dream compared to the earlier games. Even if Simon is not any faster than before, still marching forward at a pace best described as "determined," he is capable of doing so much more that the game feels smoother. For example, it is now possible to hit most candles without jumping, making item collection a faster experience. Similarly, Simon's new angled attacks allow him to strike enemies without stopping, a godsend when leaping between precarious positions or fleeing another threat.

These improvements are in large part due to the new technology the Super Nintendo offered developers, mainly when it came to on-screen sprites. The NES had a hard limit to the number of graphical elements that could be visible at one time, which is why the action in certain games would slow down, and the visuals flickered in and out of existence. The SNES far exceeded those limits, enabling the team at Konami to give Simon a whip made up of individual segments rather than a single, rigid line. Enemies likewise could contain multiple bits and pieces to their bodies, allowing skeletons and other fragile creatures to explode when destroyed.

The SNES also excelled at sprite manipulation, opening the door to spinning and scaling graphics the likes of which had never been seen before. Simon's wiggling whip is just one fine example of this, as both his weapon and arm can freely move in any direction. Yet Castlevania has never settled for "subtle," so the fourth level of the game features an entire room that rotates while Simon clings to a grappling hook for his life. The next screen sets Simon inside a tube-like corridor with a spinning background full of spring-loaded skeletons who burst forth and block his path—a path slowly falling apart as he progresses. It's dizzying, dazzling, and there's no way it makes any physical sense. It's like the man will say a few years from now: "This castle is a creature of chaos."

The graphical enhancements are a welcome upgrade, but what makes this game stick with me three decades later is its soundtrack. Composers Masanori Adachi and Taro Kudo crafted an atmospheric score that's less about short hooks than setting the mood. Just as the SNES hardware allowed for more impressive visuals, the ability to use samples gives the music many different "voices." Players will hear plenty of percussion instruments, but strings, organs, and pianos are mixed in. Tempos vary from subdued uneasiness to rousingly tense as the final battle approaches. There are even a few covers of themes from Castlevania I and II, cementing a pattern as we advance that future games would consistently revisit past hits.

Today, this first 16-bit Castlevania soundtrack is lauded as one of the series' best, but that wasn't always the case. In a 2017 interview, Adachi told VGMonline.net, "at the time, the reception to the soundtrack had been extremely negative." Adachi said he even got harsh notes before the game was complete, but he kept making the kind of music he felt was best. "I was grateful that the people who were in charge of making decisions let me keep creating whatever I wanted to the very end," he said. The fans' rejection of the soundtrack hit him harder, saying, "I lost a lot of my self-confidence." Remember the next time you question yourself: Even the most skilled creators experience self-doubt, and sometimes their best work can be underappreciated.

Speaking of under-appreciation, Castlevania has never been a huge seller, and there is little evidence to suggest this 16-bit overhaul changed that paradigm. Even today, with more people pledging themselves fans of the series, this entry tends to sink beneath the beloved games that preceded it (such as Castlevania III) or followed it (the one-two combination of Rondo of Blood & Symphony of the Night).

I can see why some fans of the series wouldn't want to revisit this one. Simon's body takes up much real estate on the screen, making him a big target. The colours aren't as vibrant as other games in this series, with lots of browns and greys smudged together that, while thematically appropriate for a rotting castle, don't make for an appealing visual feast. Even the showcase feature of the fantastically flailable whip has its detractors, as the massive upgrade in reach makes Simon's sub-weapons much less critical. There's no point in grabbing a throwing knife or an axe when one whip strike covers at least two-thirds of the screen.

There's also a nagging sense that this story has just been done before, a problem directly tied to how this game was localised. Since Konami intended this as a remake of the original Castlevania, its Japanese title is the same as that first game: Akumajō Dracula. Yet, in English, it is branded Super Castlevania IV, painting it as a sequel even though it's a retelling of Simon's original defeat of Dracula, which necessitated an entire follow-up quest to save his soul. Even teenage me, a kid who had no problem with Marvel Comics' heroes and villains fighting the same battles for decades, thought that was weird.

While I certainly have a stronger fondness for the exploration-heavy Castlevania games that would follow this highly linear retread of familiar material, I'm still a huge fan of Super Castlevania IV. I played that copy of mine over and over until I sold my SNES for a next-generation console, and when I picked up the SNES Classic, it was the first game I played to completion. Unlike Castlevania I or III, IV is entirely beatable without cheating or laborious practice, even if the final battle underwhelms. In addition, it's the only Castlevania game I can think of where Dracula never changes form or summons any allies; he attacks how you'd expect him to and dies when he's had enough.