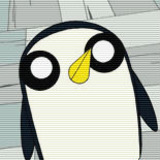 Can the Enthusiast Press be Truly Objective?

Jeff Gerstmann’s article Maybe We Should Start Issuing More Press Releases and Chris Scullion of Official Nintendo Magazine’s reply highlights a persistent concern within games journalism: objectivity and the perceived lack there of.    Video games are part of the enthusiast press and like Cat Fancy or 4-Wheeler; coverage is marketed towards a specific group interested in the subject matter.  In fact, the audience’s passion for the material is stronger than that of general public’s because the average person wouldn’t devote as much time or money following the news on a single activity.   For them, the entertainment section of USA Today is enough.   But, serious hobbyists need to know more and so the enthusiast press was born.

Established members of the games press often don’t like to refer to themselves as “journalists”.   Sometimes they conclude that what they do is different than what someone who works for the Washington Post does in reporting the news from the war in Afghanistan or what the White House is proposing on any given piece of legislation.   But, how different is it really?   Games publications receive press notices every day from game makers, they are invited to game events by studios, and schedule interviews with game representatives who repeat the official mantra of their company.   Writers for Newsweek or the New York Times read government authorized press releases, they attend Pentagon and White House press briefings, and schedule interviews with administrators who repeat the party’s official position on the story.   Critics might call it lazy journalism, but it’s also how the majority of what we see and read reaches us.   This is probably the reason why investigative journalism, as rare and unpredictable as it is, receives such merit when it breaks a story.   Patrick Klepek’s Activision-Bungie story may have just been having a few friends in the right places, but it was enough to get the gaming community buzzing for a couple of days.

The issue with the game press and objectivity stems from the relationships between the writers, editors, publishers and the companies who make games.   It comes down to two key elements: access and advertising.   Sites like Giant Bomb and magazines like Official Nintendo Magazine require access granted by game publishers.   If Square-Enix doesn’t want to talk to Brad, then Giant Bomb doesn’t get to cover whatever’s new about their latest game.   Now, it is probably in their best interest to allow Brad access, because every article he writes about Final Fantasy XIII is less money they have to spend on advertising, but how much they say to him, how much actual “news” is provided, can vary based on the relationships between Giant Bomb and Square-Enix.  There are always lingering questions regarding the care needed to maintain these positive relationships.   We don’t usually see hard interviews challenging the corporate representative for decisions made in a game’s creation.   Follow-up reports and counterpoints are rare even in the mainstream press, and so negligence in the enthusiast press goes unquestioned.   When a site relies on having access to supply their viewers with news, upsetting those connections by being “too tough” endangers their future ability to do business.   So readers are sometimes left with doubts.

The second element is advertising.   Anyone who regularly visits Giant Bomb is probably aware of the incident at Gamespot which led to Jeff Gerstmann leaving the website.   What it comes down to is “don’t bite the hand that feeds you.”   Within the enthusiast press, the majority of the advertising revenue received by websites and magazines is related to the subject matter they cover.   A quick perusal of Import Tuner Magazine will reveal not only coverage of the latest cars and after-market parts, but advertisements for those cars and parts. The same is true in the video games press.   1Up.com reviews Mass Effect 2 and GameVideos.com (a 1Up site) inserts ads for Mass Effect 2 before each video they upload to visitors.   Logically, if 1Up wants to receive EA’s advertising dollars, it shouldn’t be overly critical of any of their games.   If EA sells a lot of games thanks to good press from 1Up, then they will continue to advertise on their site.   And, if EA feels that any of their products have suffered due to negativity present in 1Up’s reporting, then they will scale back the amount of money they direct though their advertising department.   Of course, every big game company always has a new game on the horizon, so the balance of give and take can be delicate.   And, most editors will tell readers that they receive no pressure from their sales divisions, but doubts sometimes remain.

There is a third element regarding objectivity which appears to be unique among the video game enthusiast press.   That is occupational advancement and the friendships forged between journalists and game makers.   I don’t know how many people go from writing about ’s Detroit's latest automobiles to designing the next year’s models, but it seems to happen a lot in the games industry. Alex Navarro went to Harmonix, Jeff Green went to EA, Luke Smith went to Bungie, Shane Bettenhausen went to Ignition, and David Ellis went to Microsoft’s 343 Industries, and so on and so forth… It wouldn’t be out of line to see games journalism as just a stepping stone to greater opportunities in video game creation, and, so an enterprising young reporter might due well to temper his passions and look to the future when writing difficult stories.    Besides, do you really want your buddy who you used to eat lunch with reading a post on your website describing his latest project as lackluster and mediocre?  That’s going to make future meetings awkward.

These are just a few of the problems that face game journalists and the audience’s perception of their trustworthiness. “It’s not personal, it’s business” is an adage that works in theory, but how difficult is it to maintain that separation when dealing with friends?   And, what happens when it is all about the business of positive coverage equaling greater advertising revenue?   I’m not convinced that any news agency that relies on their subject to supply them with access can be truly objective because of that dependency.   If Capcom invites a writer to on their dime and the reporter accepts, how much influence has Capcom applied to shaping their impressions?   If the journalist doesn’t accept, then they might not be able to go, and so someone else gets that story.   Viewers visit the website with the story and greater traffic means more money in the end.   How much is integrity worth if it ultimately jeopardizes your ability to work?